SPEND 'LAST DAYS IN THE DESERT'
And we continue what we started yesterday - updates on our fave actors: our dearest Ewan McGregor has joined LAST DAYS IN THE DESERT a new movie from the director of ALBERT NOBBS Rodrigo Garcia! Ewan will play the dual roles of a holy man and a demon who must confront his own fate after an encounter with a family struggling to survive in the harsh desert environment. Tye Sheridan, Ciarán Hinds and Ayelet Zurer are also in the cast and the crew itself has a huge number of Oscar nominees and winners! Ewan has recently finished shooting MORTDECAI with Johnny Depp who plays a man traversing the globe armed only with his good looks and special charm in a race to recover a stolen painting rumoured to contain the code to a lost bank account filled with Nazi gold! 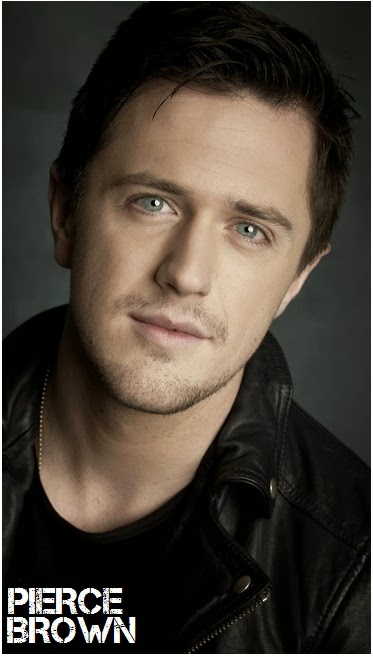 If you like books turned into movies here's a piece of news for you: Mark Forster (WORLD WAR Z) will helm the movie adaptation of dashing Pierce Brown's novel RED RISING which was released a month ago! The sf tale takes place on desolate Mars, where the protagonist is caught in a class system that thrives on oppression and secrecy. He is a Red, the lowest member of society, born to toil in the bowels of the planet in service to the sovereign Golds. When he suffers a devastating loss and betrayal he becomes a revolutionary, out to bring about social justice. Questions of fate, duality, and loyalty, evolve in a cruel test of war between the sons and daughters of the ruling elite.

'TRIPLE NINE' STELLAR CAST
KATE WINSLET, AARON PAUL, CHRISTOPH WALTZ, CHIWETEL EJIOFOR
Here's an unusual new role for Oscar winner Kate Winslet: according to 'Deadline' she and Aaron Paul will star in TRIPLE NINE (a code for 'officer down') together with Chiwetel Ejiofor, Christoph Waltz, Casey Affleck,Theresa Palmer, Michael B. Jordan and Gal Gadot.  The story revolves around a pack of corrupt cops who are blackmailed by the Russian mafia to commit an impossible heist. The only way to pull it off is to kill a rookie cop, but their plan backfires when the unsuspecting rookie they set up to die foils the attack, triggering a breakneck, action-packed finale filled with double-crosses, greed and revenge.
Posted by DEZMOND at 2:04 PM