ANIMATED MOVIE SUNDAY: 'ERNEST & CELESTINE' WITH LAMBERT WILSON, 'ME AND MY SHADOW' WITH KATE HUDSON & JOSH GAD, 'MR. PEABODY AND SHERMAN' FROM DREAMWORKS 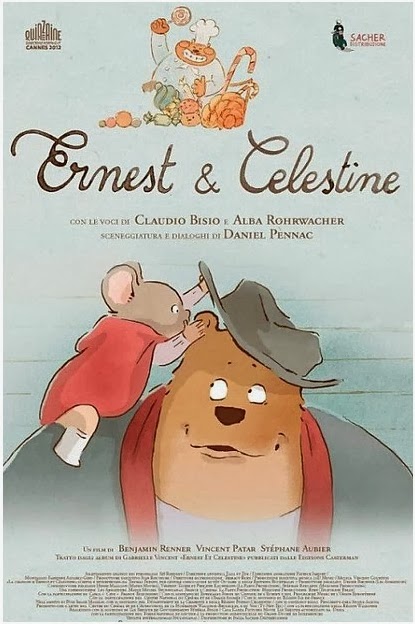 OF MICE AND BEARS
It's animated Sunday at HOLLYWOOD SPY today, people, and Dezzy will spotlight some of the animated movies coming to cinemas in February and March! ERNEST & CELESTINE is a delightful French animated film coming to cinemas February 27th from the creators of the Oscar nominated 'Triplets of Belleville' and 'The Secret of Kells' who bring us a visually stunning, enormously entertaining new film with generation spanning appeal. Deep below 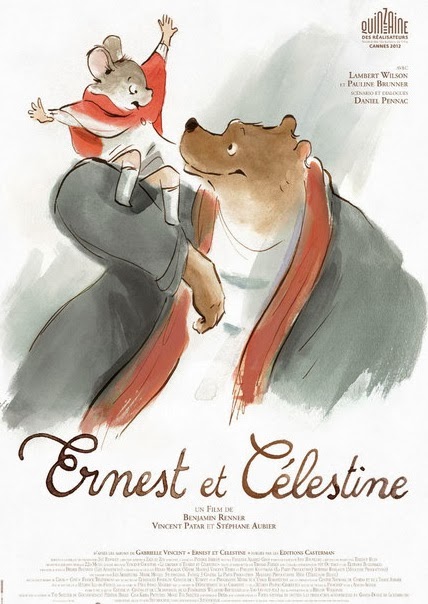 snowy, cobblestone streets, tucked away in networks of winding subterranean tunnels, lives a civilization of hardworking mice, terrified of the bears who live above ground. Unlike her fellow mice, Celestine is an artist and a dreamer – and when she nearly ends up as breakfast for ursine troubadour Ernest, the two form an unlikely bond. But it isn’t long before their friendship is put on trial by their respective bear-fearing and mice-eating communities. Lambert Wilson, Lauren Bacall and Forest Whitaker lend their voices in the film! 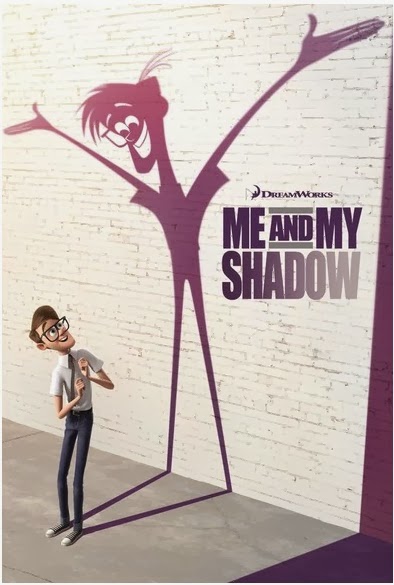 Another interesting animated movie was supposed to come to cinemas in March produced by Dreamworks but currently its release date is unknown: ME AND MY SHADOW still doesn't have a trailer nor any images, but it has a voice cast which includes Kate Hudson and Josh Gad! This delightful flick tells the story of Shadow Stan, an extremely frustrated shadow who yearns for a dynamic life but happens to be stuck with Stanley Grubb, the world's most boring human. Finally pushed to the brink, Shadow Stan breaks the singular rule of the Shadow World – They lead, we follow – and takes control of Stanley! 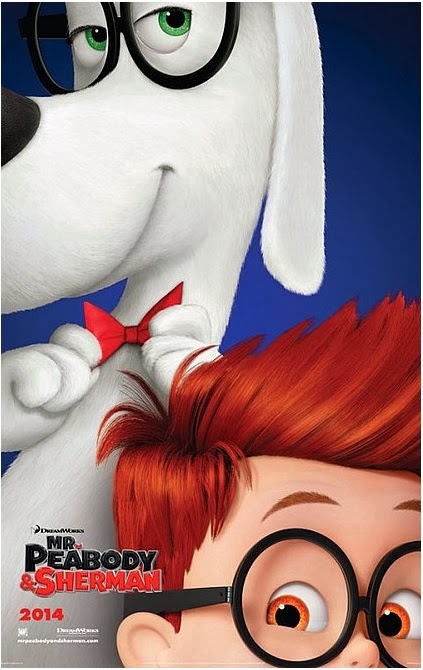 Mr. Peabody, the most accomplished dog in the world, and his mischievous boy Sherman, use their time machine - The Wabac - to go on the most outrageous adventures known to man or dog. But when Sherman takes The Wabac out for a joyride to impress his friend Penny, they accidently rip a hole in the universe, wreaking havoc on the most important events in world history. Before they forever alter the past, present and future, Mr. Peabody must come to their rescue, ultimately facing the most daunting challenge of any era: figuring out how to be a parent. Together, the time travelling trio will make their mark on history.
Posted by DEZMOND at 7:50 PM