IN 'KILL YOUR FRIENDS'
Adorable actor Nicholas Hoult has a new gig in which he will try to KILL YOUR FRIENDS. He will take the lead role in the big screen adaptation of John Niven book which is set in 1997 at the height of the British popular music scene following Steven Stelfox who is unhappy about his current position as an A&R agent in the record company he works for in London. Stelfox, uninterested in most music, is jealous of his coworkers' success in finding successful fledgling musical acts and hatches a series of devious acts that leaves several dead on his road to self fulfilled glory and recognition. You will soon watch Nicholas in three sf films: as Beast in X MEN DAYS OF FUTURE PAST and as Nux in MAD MAX FURY ROAD! He also stars with Elle Fanning in sf YOUNG ONES!

And here's delicious piece of TV info: according to 'Deadline' BBC America will team up with DRACULA creator Cole Haddon to produce NOTTINGHAM Robin Hood series! The soapy class drama, will centre on the Sheriff of Nottingham whose wife is killed by King John’s men. When nobody is brought to justice, the Sheriff launches a one-man war against the Crown. By day, he remains the reviled Sheriff, loyal servant of the King, but by night he puts on a hood and, using the intelligence he gains from his office, attacks the King where it hurts the most — his coffers. As Robin Hood, he systematically raids the King’s men, his noble loyalists and political allies, giving the spoils to the starving peasantry and starting a rebellion that will change England forever.
MISS PIGGY FINALLY MARRIES?
And check this out: Miss Piggy in a wedding gown designed specially for her by Vivienne Westwood and made from recycled plastic bottles :) Does that mean Piggy will finally get married to Kermit in upcoming MUPPETS MOST WANTED?  "Vivienne Westwood is fabulous - just like moi," Miss Piggy said. "When I asked her to design this wedding dress for 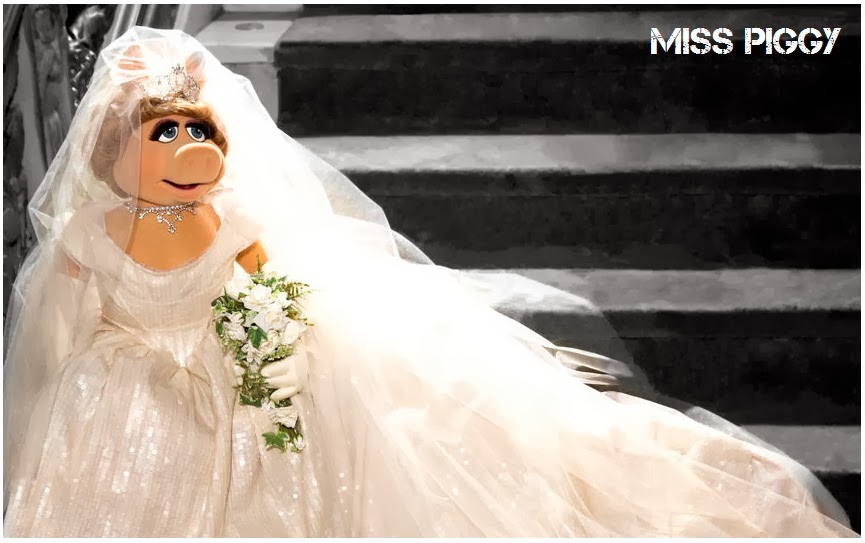 moi's new movie, Muppets Most Wanted, she was thrilled and I was thrilled. The only one a bit 'iffy' about it was the Frog." Piggy will also sing a song in the film dressed in Westwood's long silver hand-embroidered floral lace gown!


BRICK MANSIONS TRAILER
PAUL WALKER'S LAST MOVIE
The trailer for Paul Walker's last movie BRICK MANSIONS has been released! Coming to cinemas in April, the film is set in a dystopian 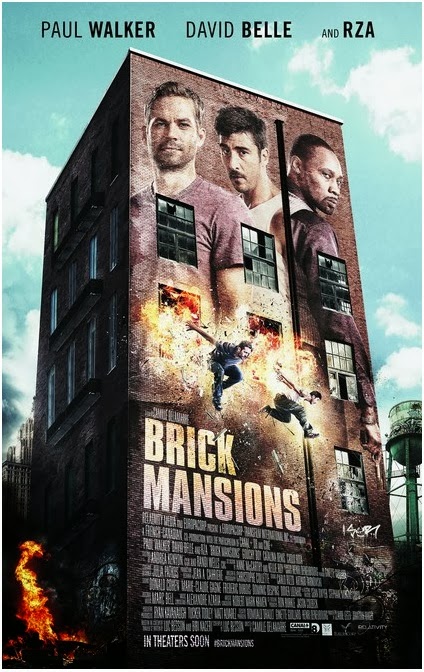 Detroit, where abandoned brick mansions left from better times now house only the most dangerous criminals. Unable to control the crime, the police constructed a colossal containment wall around this area to protect the rest of the city. For undercover cop Damien Collier (Paul Walker) every day is a battle against corruption. For Lino (David Belle), every day is a fight to live an honest life. Their paths never should have crossed, but when drug kingpin, Tremaine (RZA) kidnaps Lino's girlfriend, Damien reluctantly accepts the help of the fearless ex-convict, and together they must stop a sinister plot to devastate the entire city.
Posted by DEZMOND at 6:15 PM