MICHIEL HUISMAN JOINS BLAKE LIVELY
One of the movie projects we're excited about is fantasy adventure drama AGE OF ADALINE in which Blake Lively will portray 29-year old Adaline, who stops ageing after recovering from a near-fatal accident. Over the course of the 20th century she embarks on an epic but isolated worldwide journey, keeping her secret, until she meets a man who forever alters her life. The man who will change her miraculous life will be played by Michiel Hiusman who has recently become a regular cast member of GAME OF THRONES. The movie which will start shooting next month also has Harrison Ford and Ellen Burstyn on board!

OVER TO TV IN 'BALLERS' SITCOM
In TV news, it seems Dwayne Johnson will make his small screen debut since he will lead the cast in BALLERS comedy series at HBO which just got a full season order! He will play athlete Spencer Strasmore in the half-hour series, which revolves around a group of active and retired American football players! The cast also has Omar Benson Miller as Charles, an affable former pro athlete who is searching for his next career, Denzel Washington’s son John David Washington as Ricky, a highly competitive and spiritual pro athlete, Rob Corddry as Joe, a financial advisor who tries really hard to fit in, Troy Garity as Jason, a top-tier sports agent, Donovan Carter as Vernon, a deeply family-oriented pro athlete, Taylor Cole as Michaels, an ESPN sideline reporter who is romantically involved with Spencer!


THE LOVE PUNCH TRAILER
EMMA THOMPSON & PIERCE BROSNAN COMEDY
And since it is the love weekend around Valentines, your today's trailer is for romantic comedy action THE LOVE PUNCH 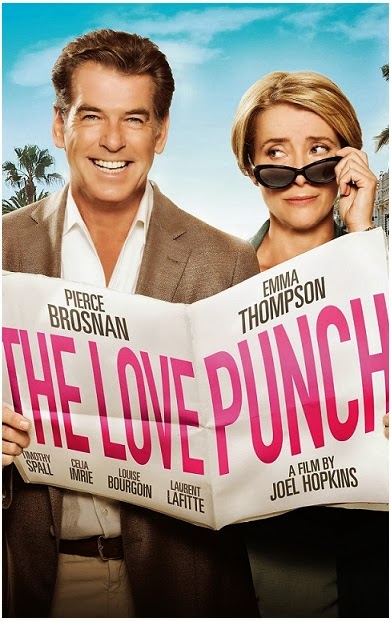 with an unusual pairing of Emma Thompson and Pierce Brosnan. They are also joined by Celia Imrie and Timothy Spall in a movie which hits UK cinemas in April. They play a divorced couple who come into financial trouble when his investment firm is defrauded and the employee pension fund is siphoned away. Learning that the unscrupulous French financier behind the scheme has just purchased a $10 million diamond for his bride-to-be, the divorced duo grudgingly agree to set aside their differences, and hatch a plot to crash the nuptials and nab the gargantuan rock. The action then spans London, Paris, and the French Riviera!
Posted by DEZMOND at 6:30 PM