has just scored the lead role in Carol Burnett's new sitcom HOUSE HOLD NAME which got a pilot order over at ABC.
It follows a family who gets the deal of a lifetime on a house, but it comes with an unusual caveat: the original owner of the home, ageing former movie star Vivian Valmont (Carol Burnett), has to live in it with them until she dies. Timothy Omundson will play Edward Von Glimpse, Vivian’s longtime, gay best friend. Edward’s her confidant, hype man, and apologist, sometimes all within the span of a single sentence. He’s droll with a dry wit and seen it all attitude, a throwback to a more civilized, elegant time. 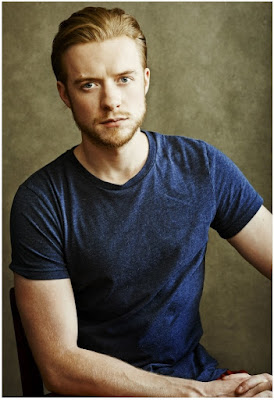 I'm sure you all loved Paul Haggis Oscar winning master piece Crash and now the amazing director is preparing a catastrophe medical TV series for NBC which is still without a title but it has Matthew James Thomas and Paola Lazaro in the cast. Set as a real time “extreme event” medical series it will follow the nurses and doctors of an understaffed Brooklyn hospital that becomes the borough’s last viable trauma centre after a catastrophic hurricane wreaks havoc on the city. Thomas will play a young doctor and Lazaro will play a triage nurse!

Speaking of medical series, two days ago I announced Manish Dayal as the lead in Fox THE RESIDENT medical pilot and now another sinfully gorgeous hunk is joining as he co-lead - Gilmore Girls' Matt Czuchry!  It centres on Devon Pravesh (Dayal), an idealistic young doctor who begins his first day under the supervision of a tough, brilliant and cocky senior resident, Conrad Hawkins (Czuchry) who pulls the curtain back on all of the good and evil in modern day medicine. Lives may be saved or lost, but expectations will always be shattered. Brian Greenwood plays Chief of Surgery Dr. Soloman Bell.
Posted by DEZMOND at 1:30 PM