'LIFE' SF MOVIE POSTER
WITH RYAN REYNOLDS AND JAKE GYLLENHAAL IN SPACE
Poster day today, starting with the brand new one for sf action thriller LIFE out this March with Ryan Reynolds, Jake Gyllenhaal and 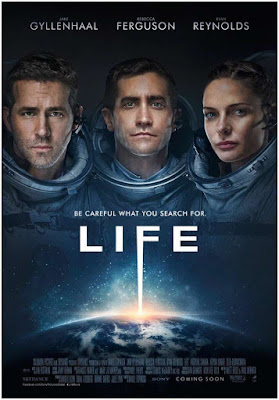 Rebecca Ferguson playing some of the six astronauts aboard the space station which study a sample collected from Mars that could provide evidence for extraterrestrial life on the Red Planet. The crew determines that the sample contains a large, single celled organism - the first example of life beyond Earth. But things aren't always what they seem. As the crew begins to conduct research, and their methods end up having unintended consequences, the life form proves more intelligent than anyone ever expected.


'ANOTHER MOTHER'S SON'
FOR WW2 MOVIE DRAMA
Also out this March is John Hannah and Ronan Keating World War II drama movie ANOTHER MOTHER'S SON! Based on the true story of Louisa Gould, the drama is set  on the Nazi-occupied island of Jersey. Lou (Jenny Seagrove) took in an escaped Russian POW (Julian Kostov) and hid him over the war's course. The tension mounts as it 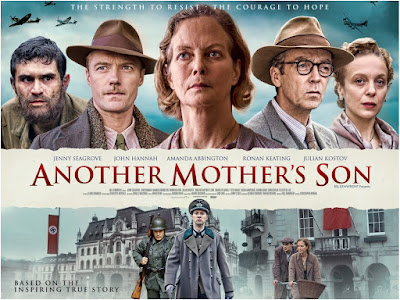 becomes clear that Churchill will not risk an assault to recapture the British soil, and the island-community spirit begins to fray under pressures of hunger, occupation and divided loyalty. Against this backdrop, Lou fights to preserve her family's sense of humanity and to protect the Russian boy as if he was her own. 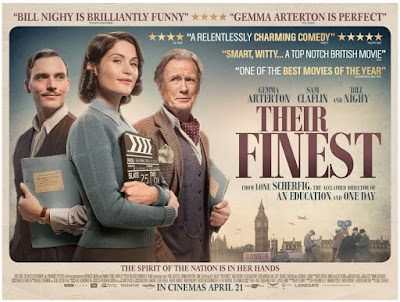 many others as  a British film crew that attempts to boost morale during World War II by making a propaganda film after the Blitzkrieg.