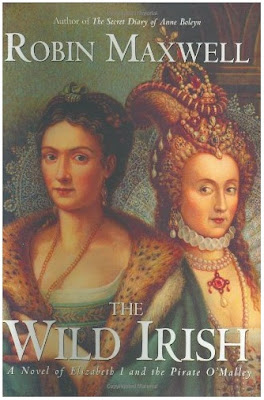 Now, here's a new epic TV treat for us: Tayox TV and Ingenious Media have hired Steve Shill (Dracula, The Tudors, Rome, Deadwood) to direct epic TV series ALL THE QUEEN'S MEN the small screen adaptation of Robin Maxwell's historical novels The Wild Irish and The Queen’s Bastard!
ALL THE QUEEN'S MEN will be an action packed, modern feminist drama set during the imperialist British conquest of Old Ireland during the reign of Queen Elizabeth I depicting the little known, bitter rivalry between Queen Elizabeth I and Grace O’Malley, who was Queen of the Irish Rebellions. It chronicles their struggles to survive in a Machiavellian political world dominated by ruthless men and quixotic loyalties. 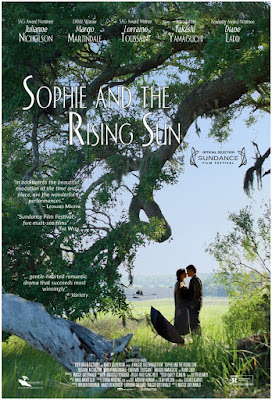 fishing village in South Carolina, following interracial lovers swept up in the tides of history. As World War II rages in Europe a wounded stranger, Mr. Ohta, appears in the town under mysterious circumstances. Sophie, a native of Salty Creek, quickly becomes transfixed by Mr. Ohta and a friendship born of their mutual love of art blossoms into a delicate and forbidden courtship. As their secret relationship evolves the war escalates tragically. When Pearl Harbor is bombed, a surge of misguided patriotism, bigotry and violence sweeps through the town, threatening Mr. Ohta's life. A trio of women, each with her own secrets - Sophie, along with the town matriarch and her housekeeper - rejects law and propriety, risking their lives with their actions.

Labels: ADAPTATION, ALL THE QUEEN'S MEN

Probably not for me, but I thank you for the info!

be welcome, Pat, sometimes we have weak days, weak weeks, weak months, blame it on Hollywoowd

who wouldn't be living next to the Brits?

Historical dramas can make for some nice viewing when done right.

I know historicals are all the rage, but I much prefer the SF/fantasy end of the spectrum :)

I loved The Tudors and Deadwood, so I'm sure All The Queen's Men will be right up my alley.

So, I just started catching up on The Young Pope. Have you seen that one yet? The first episode was such a snoozer. I am really hoping this series picks up soon, or off the tivo it goes.

ALL THE QUEEN'S MEN could be interesting.

I'm happy to watch both genres :)

I haven't even tried watching Young Pope, I don't do religion unless they're trashing Vatican :) I did hear there is full nekid Jude's bum in it, but not even that would make me watch something about priests (unless it is a very naughty film :)

and the Wales and Scotland too :)

It was a brief glimpse of the bum. Not even worth tuning in for. I really don't understand what this series is supposed to be about, other than someone who got elected as Pope and he turns out to be a real asshole. I don't even think there's a story line to follow. Just see how much of a prick the Pope can be to the next person he comes across.