Well, it seems CW won't become a channel of just super hero shows: they're preparing a fantasy adventure pilot for SEARCH- ERS about a group of unlikely heroes who find themselves on the journey of a lifetime. Ten years after the death of their parents, a pragmatic brother and free spirited sister are forced to team up when they learn that their mother’s terrifying and bizarre stories may be a road map to discovering the great legends, myths and unexplainable mysteries of the world. William Miller is the first cast member and will play Bosch, the swashbuckling ship captain of the Prometheus,  a mysterious old soul who’s still haunted by his experiences with the unknown.


'THE SEA CHANGE'
MARK STRONG IN KRISTIN SCOTT THOMAS DIRECTED MOVIE
Meanwhile, in the world of the big screen, Mark Strong has joined Kristin Scott Thomas in THE SEA CHANGE, a movie which will serve as her own directorial debut as well! 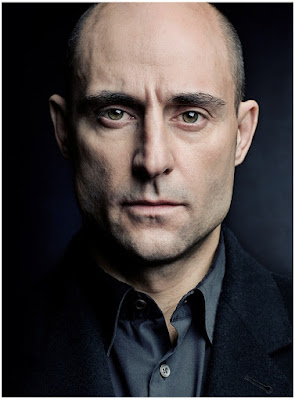 Based on Elizabeth Jane Howard’s  novel it follows a group of people who reevaluate loss, love and human connection when they find themselves together on a remote Greek island. Emmanuel (Mark Strong) is a successful London playwright married to the complex and witty Lillian (Scott Thomas) for many years, but their marriage is in crisis, a crisis which is overcome by the arrival of a curious and outspoken young girl (Anya Taylor Joy). Their relationship is thrown into perspective when her life is thrown upside down.