'VERSAILLES' EPIC TV SERIES
NAUGHTY SECOND SEASON TEASER AND NEW POSTER!
It was only a week ago that I showed you the first teaser for the second season of VERSAILLES epic series, and now we have a very naughty new trailer and first poster 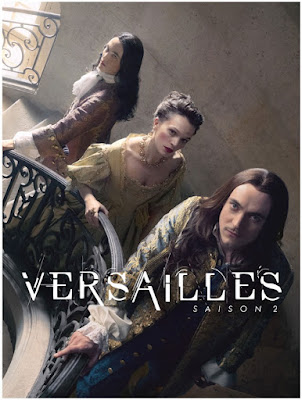 announcing the airing which starts March 20th in France and later on in English version on BBC 2 and Ovation.
Season two looks at the dark underbelly of power as Louis (George Blagden) sees the dream of his grand palace crumbling before his eyes. With phase one complete, most of France’s eminent lords and ladies now live under the Sun King’s roof. Drugs, gambling and alcohol are rampant, as nobles begin to poison each other in order to get closer to him. Blinded by passion for his mistress, Louis refuses to listen to the advice of the church and his closest advisors and leaves for war against arch enemy William of Orange, but he must discover the path back to 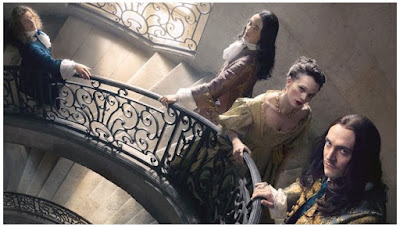 light and redemption to save his vision of Versailles. Alexander Vlahos will return in the role of his royal brother Monsieur Philippe Duke of Orleans!  Tygh Runyan will again be the king's faithful marshal Fabien and Stuart Bowman his dedicate right hand Bontemps. The first season has positioned VERSAILLES among top four best epic TV series last year with Medici, Victoria and Poldark.