'GUNPOWDER' EPIC TV SERIES
LIV TYLER JOINS KIT HARINGTON
OK, people, we're back after a three day break, the longest one in our history (not that any of you lazy bastards actually noticed - which makes the spy a bit depressed), we were without

internet, but I do have delish news, beginning with new casting update for GUN POWDER epic mini series which I announced last winter. Joining Kit Harington in the lead role are now Liv Tyler and Mark Gattis!
It will be the story of GUN POWDER Plot, the 1605 attempt by a group of provincial English Catholics to blow up the House of Lords and kill King James I in order to help restore a Catholic to the throne. The plot was foiled on November 5 when authorities at Westminster Palace found Guy Fawkes guarding the explosives. While he played a pivotal role, Fawkes did not devise the plan. The man behind it was Robert Catesby 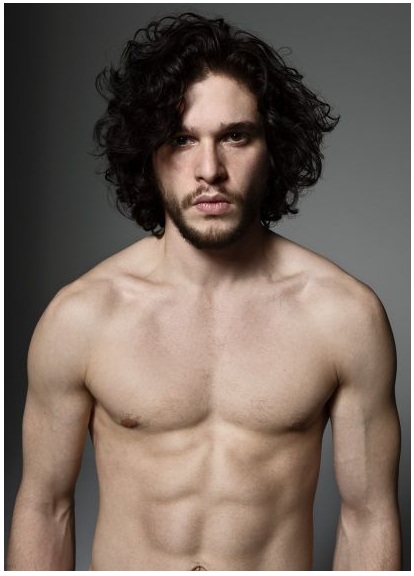 (Harington), a 30 year old Warwickshire gentleman and committed Catholic at a time when Protestant England persecuted the church’s members relentlessly. Harington, who is a direct descendant of Catesby, is also producing!

Meanwhile, another of our fave epic stars, always delightful Jack Davenport has been cast by American ABC to lead the pilot for their DOOMSDAY about U.S. government's secret think tank featuring the most creative minds in science and entertainment that is tasked with dreaming up man made disaster scenarios and their possible solutions. When a catastrophe occurs that’s ripped from the pages of the missing doomsday book, the team is brought back to work to prevent the disasters of their own making. Davenport will play Warren, a well-known intellectual playwright turned middle brow action screenwriter. Member of the former Doomsday Project think tank, he is imaginative and creative and sees the world like a story which helps him think like (and even empathize with) the enemy.

(whom we fell in love with in Dickensian), Julia Ormond and Alex Lawther among others!
Telling the story of two couples caught in a swirling landscape of social and class divisions in turn of the century England, the four part series focuses on Margaret Schlegel (Hayley Atwell), an idealistic, woman who is courted by the older Henry Wilcox (Matthew Macfadyen), a conservative businessman, after his wife Ruth Wilcox (Julia Ormond) dies unexpectedly. Meanwhile, Margaret’s passionate and capricious younger sister Helen Schlegel (Philippa Coulthard) takes up the cause of Leonard Bast (Joseph Quinn), a young bank clerk who falls on hard times at work and at home with his partner Jacky (Rosalind Eleazar). In the absence of their parents, who have died, the sisters’ loving but interfering Aunt Juley (Tracey Ullman) tries to keep the young ladies and their brother Tibby (Alex Lawther) on the straight and narrow.

in reality or on the telly?

I am curious about Howard's End. Not sure if we will get it here in the US?
~Jess

you will since I mentioned it is produced by Starz as well :)

Glad you're back, Dezzy! That must have been hard, to be off the internet for 3 days. I know it would drive me nuts.

I wasn't online much this weekend, but did notice you were gone! Checked last night and thought about sending you a message, then just figured it was just slow in the entertainment world and you'd be back up and at it again today. If I hadn't seen your post on Facebook today, messages would have been sent. Anyhow, I do love me some Live Tyler, and think Gun Powder sounds interesting, even with the religious undertones.

I'm a calm person, so I tried to take it from a positive angle - using the time to finish all the work and to read a book, but it was still nervewrecking because I do lose money when I don't post anything here, especially for days, luckily I see that the number of visitors hasn't fallen down even without new posts

When I'm gone for more than a day it usually means two things - either I'm under a cyberattack or I'm just dead :) This was the longest in HOLLYWOOD SPY's eight years long history that we were gone for such a long time. I had scheduled posts even when I underwent all my surgeries in previous years.

Well, that cast is getting better and better!

I've not noticed Liv for a while. It's nice to see her again.

I've seen her last in Lord of the Rings LOL

I haven't seen Liv Tyler for ages! I'm a big fan of her dad and Aerosmith :). Love the dress she's wearing on the poster :)

I didn't think you were dead quite yet. You still have to take me to an awards show before that happens ;) I figured it was just slow news, you were off in some book/publishing jaunt and forgot to tell us, or you were spending the weekend making passionate love to some Hit lover you also forgot to tell us about 😁

Hot, but a little hitting could have been going on too ;)

yes, that's a leather corset over it making it special

yes, I wish.... only in my dreams... if a hunk comes-a-knocking I'd leave you all in a second and nobody would ever see the spy again :PPPP

Man boobs but no Liv boobs. That figures...

We wouldn't expect anything less. Though, you WOULD be required to keep me updated on all the steamy details on Facebook or Twitter ♥