'OUT OF AFRICA'
TO BE TURNED INTO TV SERIES 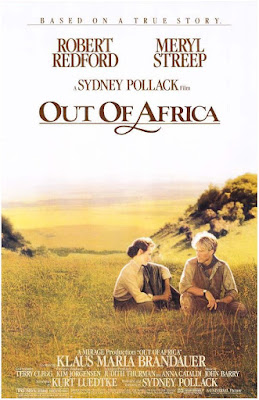 Here's another period set new TV series for us: Karen Blixen's famous memoirs OUT OF AFRICA, which were once turned into a classic movie with Meryl Streep and Robert Redford, will be turned into a TV series. The Night Manager's Susan Bier is to produce and also direct the small screen adaptation which  recounts the seventeen years that Blixen spent in Africa in the Ngong Hills of Kenya during the last decades of the British Empire as she searched to find her role and voice in a changing world. Heyday Television, known for Harry Potter, The Boy in the Striped Pyjamas and Gravity and Paddington, is producing. 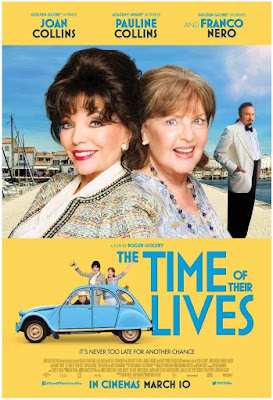 Nero and Joely Richardson.
Determined to gatecrash her ex-lover's funeral on glamorous French hideaway Ile-de-Re, former Hollywood siren Helen (Joan Collins) escapes her London retirement home with the help of Priscilla (Pauline Collins), a repressed English housewife stuck in a bad marriage. Pooling their limited resources, they hit the road together by coach, ferry, car and foot in a race to get to the funeral on time, becoming entangled in a love triangle with a reclusive Italian millionaire (Franco Nero) along the way. On this unforgettable journey, they find true friendship in one another - and have the time of their lives.