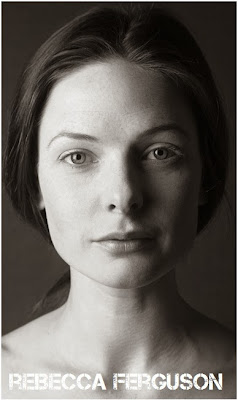 the book by Shamim Sarif who is also directing the adaptation of her own novel. The cast is lead by Rebecca Ferguson (THE WHITE QUEEN, HERCULES THRACIAN WARS), Sam Reid (THE RAILWAY MAN, HATFIELDS & MCCOYS) and Oliver Jackson Cohen (DRACULA, WORLD WITHOUT END) alongside acting legends Anthony Head, Charles Dance and Trudie Styler. The film takes place in 1950’s Moscow and centres on communist Katya (Rebecca Ferguson), who secretly spies for the Americans in the Cold War arms race. When she lands her biggest assignment, stealing secrets from rising government star Alexander (Sam Reid), the last thing she expects is to fall in love 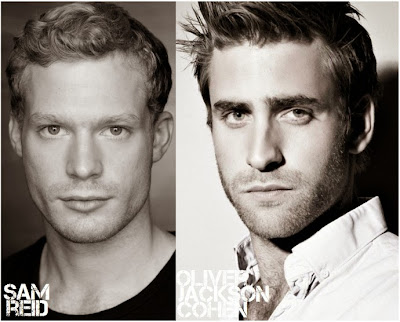 with him. When Alexander unwittingly closes the net around his own wife, Katya decides to make the ultimate sacrifice to protect him - a sacrifice that Alexander only uncovers forty years later.

joined the 13 episode series set in ancient Egypt, where fantasy and reality intertwined. It follows a notorious thief who is plucked from prison to serve the Pharaoh (Reece Ritchie), navigating palace intrigue, seductive concubines, criminal underbellies and even a few divine sorcerers. 'Deadline' writes that Condola will play Nefertari, the Pharaoh’s half-sister with a rare beauty that intimidates even the strongest of suitors… and she knows it!
MARCO POLO SHOW AT NETFLIX
In other TV news, Netflix is preparing MARCO POLO epic series which was originally meant for Starz. To be released in all 9 episodes at once at the end of this year, it will follow the 13th century adventures of the Italian merchant traveller in a kinetic tale of high politics, masterful manipulation and deadly warfare. Produced by GAME OF THRONES' Dan Minahan, the show will soon reveal its global cast.


'STALINGRAD' WWII EPIC
HITS US CINEMAS IN FEBRUARY
Your trailer for today is coming from Russia - their huge blockbuster STALINGRAD, which earlier last year became the highest grossing Russian movie ever, will hit USA Imax 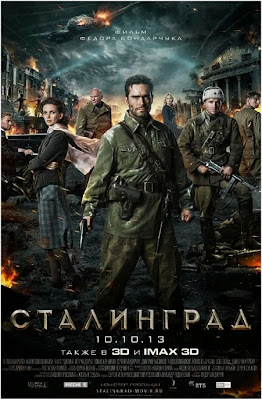 cinemas on February 28th! Russian entry for this year's Oscars, directed by Fedor Bondarchuk, is epic tale about the legendary WWII battle for STALINGRAD. One of the most expensive Russian films with the budget of $30 million is a 3D epic love story set during the devastating World War II battle for the Russian city of Stalingrad that lasted more than six months and ended with the German army surrendering in 1943. There is also a dramatic love story against the backdrop of the grand battle! Depicting the bravery of Russian people in the heroic city during the war, the movie stars Thomas Kretschmann in the lead role.
Posted by DEZMOND at 6:15 PM