Earlier last year I spotlighted brilliant Turkish historical show THE MAGNIFICENT CENTURY on Sultan Suleyman, and now it seems that we will be getting another similar series: stunning beauty and ultra talented actress Meryem Uzerli, who played Suleyman's wife Hurem Sultana in the show, will now, according to gossips coming from Istanbul, play the lead role in the new Turkish series on KOSEM SULTANA coming from TIMS studios which made the previous series too.

DEZZY'S HISTORY LESSON
Kosem Sultana, also known as Mahpeyker Sultana (the name means Moon Shaped), was one of the most powerful women in Ottoman history, favourite consort and later wife of Ottoman Sultan Ahmed I  from the early 17th century. She achieved power and influenced the politics of the Ottoman Empire through her husband, then through her sons Murad IV and Ibrahim I and finally through her grandson Mehmed IV.  She was a prominent figure during the Sultanate of Women (which started with the rule of Hurem Sultana). She was official regent twice and was thereby one of only two women to have been formal rulers of the Ottoman Empire. She came to the sultan's palace in Istanbul as a 15 year old slave girl, but quickly became influential in the harem. It is 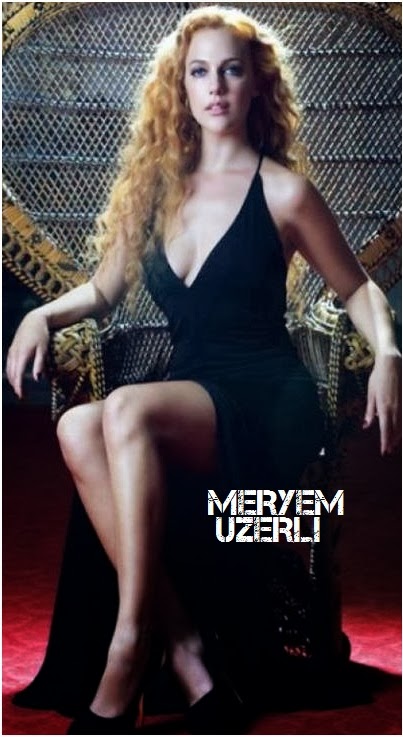 believed that in the end she was killed by her own daughter in law, sultana Turhan, because she wanted to put another of her grandsons on the throne. Kösem was renowned for her charity work and for freeing her slaves after 3 years of service.

In other news from our favourite historical genre, Starz has announced their work on the follow up series to THE WHITE QUEEN drama. Although BBC, which co-produced the show with Starz last year, decided not to give the show the second season due to low quality of the first one (confusing, chaotic script, unfocused characters, bad sets and costumes) and the lack of the success among the viewers, Starz will venture into the project alone since the reception in USA was better and Rebecca Ferguson even scored a Golden Globe nomination for her role of the queen.  The sequel will most probably be based on Philippa Gregory's novel THE WHITE PRINCESS which follows the rule of THE WHITE QUEEN's daughter, who will later on become the mother of infamous King Henry VIII. It was also announced this weekend that Starz expects for their upcoming historical show OUTLANDER to get second season as well, and that Steven De Knight's sf show INCURSION, a sf saga about an intergalactic war, will happen in the future. The second season of their DA VINCI'S DEMONS will start at the end of March. Speaking of OUTLANDER, you can check out the first teaser trailer for the historical adventure series below:
Posted by DEZMOND at 11:59 PM