POWERFUL TRAILER FOR "DETACHMENT" WITH ADRIEN BRODY, CHRISTINA HENDRICKS, JAMES CAAN. MARK RUFFALO & SCARLETT JOHANSSON IN "CAN A SONG SAVE YOUR LIFE"! SHARON STONE IN A SINFUL "ATTACHMENT"

I'm not sure why's Mark Ruffalo suddenly popular, but he definitely is one of the latest examples of the trend of forgotten actors suddenly getting into spotlight for no reason. Beside starring as Hulk in MARVEL'S THE 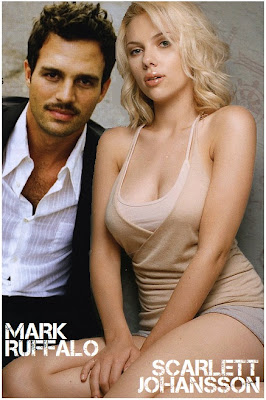 AVENGERS this summer, he's just accepted a role in CAN A SONG SAVE YOUR LIFE in which Scarlett Johansson plays a girl who, seduced by dreams of making it in the big city, moves with her boyfriend to New York to pursue their passion for music. She's heartbroken when he dumps her for the fame and fortune of a big solo contract, leaving her all on her own. Her world takes a turn for the better when a down-on-his-luck record producer (Ruffalo) stumbles upon her singing in a local bar and is immediately captivated by her raw talent and inspiring authenticity - they may be each other's last chance to turn their lives around. Somewhere between friendship and their love of music, the two strangers strike a chord that captures the hearts of everyone around them, proving that every great story has its own soundtrack.


HOLLYWOOD SPY HEADLINES
Also one of the forgotten stars, Sharon Stone, has a new project. According to "The Hollywood Reporter" she will take the lead role in ATTACHMENT in which the story centres around a married teacher, 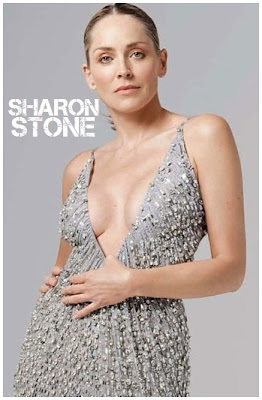 who has a one-night stand with a student. Her infidelity comes back to haunt her when the young man starts dating the teacher's daughter, and stalks the whole family. The film will be directed by Tony Kaye. Sharon Stone also has another interesting role in  GODS BEHAVING BADLY, which should come out some time this year. She plays Aphrodite in this interesting mix of drama and comedy in which the story follows Greek gods who, living in a modern-day New York building, intervene in the lives of a young couple. Beside Sharon, the cast includes Christopher Walken as Zeus, John Turturro as Hades, Oliver Platt as Apollo, Edie Falco as Artemis, Rosie Perez as Persephone, and Alicia Silverstone in the leading role of the woman who lives next to these gods.
Speaking of director Tony Kaye, he has already finished a film with an opposite title DETACHMENT a drama in which the story revolves around the lives of several teachers during a three week span of time. 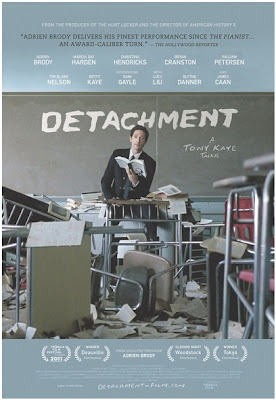 It seems Tony Kaye is doing a series of movies which follow school staff. DETACHMENT has premiered at Sundance Film Festival and should open later this year. The movie has quite an interesting cast which includes Adrien Brody, James Caan, gorgeous Christina Hendricks from MAD MEN, Lucy Liu, Marcia Gay Harden, Bryan Cranston and Gwyneth Paltrow's mom Blythe Danner. Check out the interesting trailer, which reminds me how teachers are left to educate and raise today's kids all alone, a battle which, in the crazy modern alienated society, is a fight fit more for those who have military training.