GLEN POWELL TO LEAD
BUTCH CASSIDY & SUNDANCE KID SERIES WITH REGE JEAN PAGE
Well, I'm not sure when did Butch become black, but it seems Amazon does not care, and our sweet hunk Glen Powell will lead BUTCH CASSIDY AND THE SUNDANCE KID western TV series together with Rege Jean 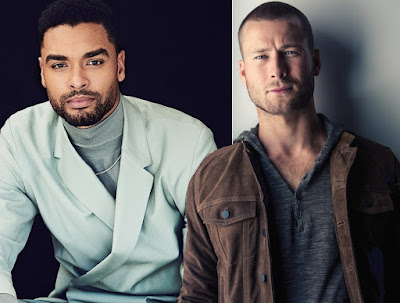 Page who will be Butch. Ordered by Amazon for full series, it will be a classic western about outlaws in an alternate America. You probably remember the classic movie from 1969 starring Paul Newman as Butch and Robert Redford as Sundance.
CATHERINE THE GREAT
NEW SEASON TWO PHOTOS
And your epic treat for today are new photos from the second season of Russian historical series CATHERINE THE GREAT (Velikaya - not to be confused with their rival series CATHERINE II in which the tzarina was 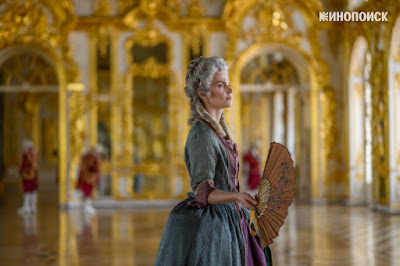 played by Marina Aleksandrova and which already had two seasons). Kinopoisk was the first to show new images with Elizabeth Boyarskaya in the role of older Catherine II from the sequel to the series "Catherine the Great". The first part, where Julia Snigir played the Empress, was released 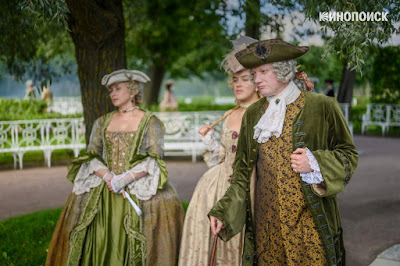 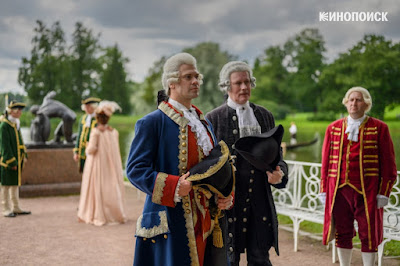 Sinitsyna (Ekaterina Dashkova) and Philip Ershov (future Emperor Paul). Filming is currently taking place in palaces, parks and mansions of St. Petersburg and Leningrad region, as well as on the ship "Poltava". The project 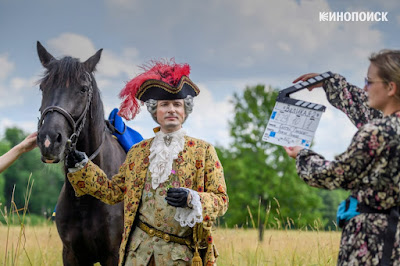 involves more than 560 historical costumes, which were sewn and rented in Spain and the Czech Republic. Mars Media is working on the 12-episode second season ordered by Russia's Channel One.
Posted by DEZMOND at 7:30 PM