MORTEN HEE ANDERSEN
JOINS MADS MIKKELSEN'S PERIOD SET FILM THE BASTARD
It was previously known as King's Land but for some reason they opted for a rather bland title THE BASTARD, but it still has Mads Mikkelsen in the lead, and he is now joined by our dear Morten Hee Andersen (you remember him as the hot prince in Margrete Queen of the North) and Gustav Lindh, Simon Bennebjerg, Amanda Collin, Kristine Kujath Thorp, Magnus Krepper, Jakob Lohmann and Felix Kramer! The story of Nikolaj Arcel's film is set in the middle of the 18th century when Danish King Frederik V declared that the wild heath of Jutland should be tamed, cultivated, and colonized so that civilization could spread and new taxes be generated for the royal house. But nobody dared go to this brutal land until a lone soldier named Ludvig Kahlen 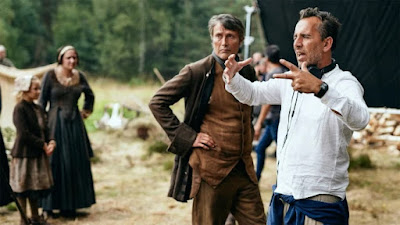 stepped up. The film, produced by Zentropa, should arrive to cinemas sometime in Autumn next year and you can also check out first two photos showing Mikkelsen at the sets of the new movie.
THE EMPRESS TRAILER
FOR NETFLIX EPIC SERIES
Netflix has released the official trailer for their new German original series THE EMPRESS which arrives September 29th! You can read more about the series in our lavish spotlight here. In an incredible twist of fate and 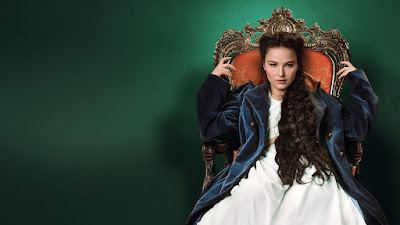 against all expectations, an unusual love ignites between Emperor Franz of Austria and Hungary (Philip Froissant) and Bavarian princess Elisabeth 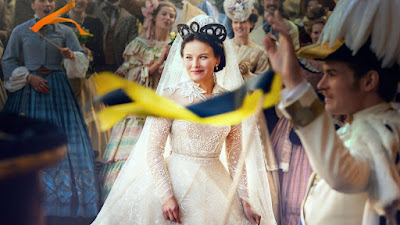 (Devrim Lingnau). Together they embark on a dangerous path. Surrounded by power struggles and intrigues, Elisabeth confronts those who do not believe in her to become one of Europe's first glamorous celebrities and also the empress of a vast empire.
Posted by DEZMOND at 7:30 PM