THE HOUSE OF DREAMS
PERIOD SET TV SERIES
Now, this one started last night, September 18th, but I forgot to tell you on time, naughty me, not that most of you even have RTL + unless you live in Germany or in one of the European countries that have it in their cable system, but even then you'd have to know Deutch. I am rather sure, though, that THE HOUSE OF DREAMS (Das Haus der Träume)will at some point be available on MHz Choice with English subtitles.
THE 12 PART TV SERIES
takes us to Berlin in the 1920s, Jewish businessman and war veteran Arthur Grünberg (Alexander Scheer) wanted to open Germany's first credit department store in the completely impoverished district of Berlin. There, even the little people should be able to fulfill a few of their dreams thanks to cheap purchase, that's 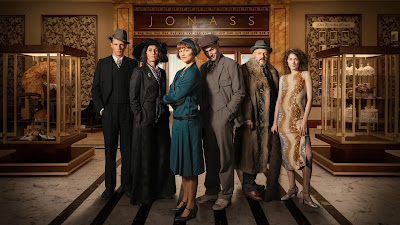 his noble goal, which, however, is not so easy to implement due to the financing. In addition to business problems and the burgeoning National 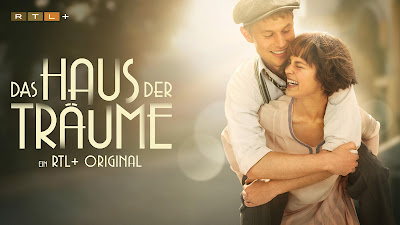 Socialism, he and his wife Alice Grünberg (Nina Kunzendorf) are also struggling with marital problems. Plus, her son Harry (Ludwig Simon) lives very differently from the rest of the family and spends his nights in Berlin as a 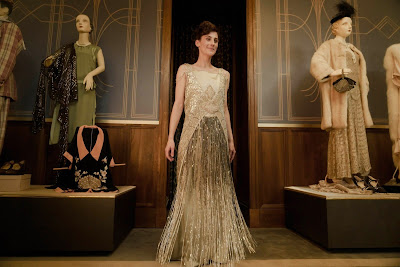 bar pianist. He has no interest whatsoever in the family business. The penniless Vicky Maler (Naemi Florez), who is soon able to earn at least a 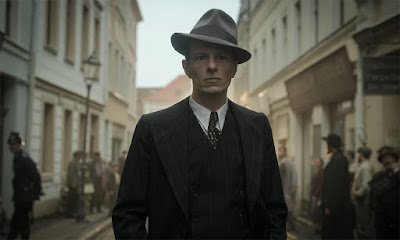 little money as a saleswoman in  their department store, falls in love with him of all people. When she finds out who Harry really is, whom she previously 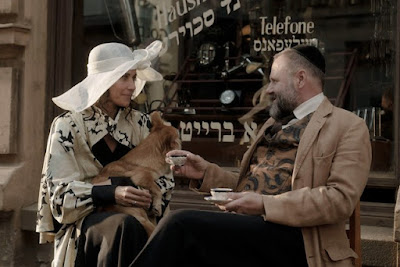 thought was also a penniless musician, their relationship is on shaky ground. Marriage between the two is unthinkable for a number of reasons, although Vicky is now pregnant by Harry.
Posted by DEZMOND at 7:00 PM