ITV'S STREAMER ITVX
ADDS NEW PERIOD SET SHOWS
Launching later this year, ITV's official streaming channel ITVX (which will be separate from Britbox which ITV has together with BBC) will have a number of period set shows. Some of them will stream there at least six months before moving over to ITV motherchannel. Among those are A SPY AMONG FRIENDS cold war drama in which Damian Lewis and Guy Pearce play best friends who spy for opposite sides, NOLLY in which Helena Bonham Carter plays the soap opera star who gets unceremoniously sacked after decades of career, and THE CONFESSIONS OF FRANNIE LANGTON a four part costume drama set in the dazzling opulence of Georgian London. Meanwhile, after airing the first episode on ITV some series will immediately have the whole season available on ITVX and such will be the case with STONEHOUSE in which real life married couple Matthew Macfadyen and Keeley Hawes following the life and times of disgraced Labour minister John Stonehouse who faked his own death back in the 70s. ITVX plans to launch at least one flagship show per week!
THE WAR OF THE ROHIRRIM
LORD OF THE RINGS ANIMATED MOVIE  SETS VOICE CAST
New Line Cinema has set voice cast for their animated epic movie LORD OF THE RINGS: THE WAR OF THE ROHIRRIM which will follow the House of Helm Hammerhand, the mighty King of Rohan voiced by Brian 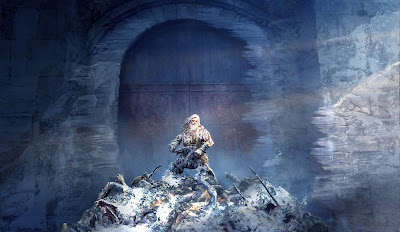 Cox! The story is set 183 years before the original movie trilogy. A sudden attack by Wulf (Luke Pasqualino), a clever and ruthless Dunlending lord seeking vengeance for the death of his father, forces Helm and his people to 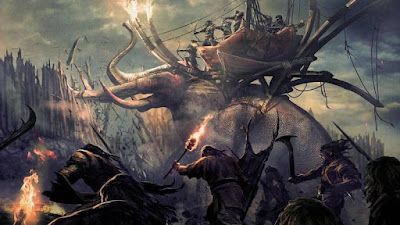 make a daring last stand in the ancient stronghold of the Hornburg – a mighty fortress that will later come to be known as Helm’s Deep. Finding herself in an increasingly desperate situation, Hera (Gaia Wise), the daughter of Helm, 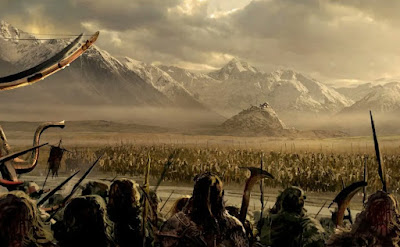 must summon the will to lead the resistance against a deadly enemy intent on their total destruction. Miranda Otto will narrate the story as Éowyn, Shieldmaiden of Rohan! The film will arrive April 12th, 2024!
Posted by DEZMOND at 11:00 AM