HIJA DE LA FORTUNA
CHILE TO TURN ALLENDE'S EPIC NOVEL INTO TV SERIES
And it will be shot in English language! Beside other projects that will arrive to Spanish Conecta Fiction and Entertainment festival in Toledo, we have Invercine production house from Chile who is planning a TV series adaptation of Isabel Allende’s epic romance adventure HIJA DE LA TORTUNA aka DAUGHTER OF FORTUNE. Set during the gold rush of 1849, the series will take place in Chile and California. The series will have an international cast and an English show runner and writer.
1ST THE REUNION PHOTO
FROM IOAN GRUFFUDD SERIES
Variety has published the first photo from MGM's mini series adaptation of Guillaume Musso’s bestselling novel “La Jeune fille et la nuit.” Starring Ioan Gruffudd and Rupert Graves,THE REUNION opens in the present 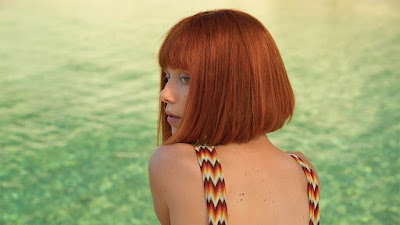 day, at a reunion at an international school in the south of France where three former friends reconnect. They grew apart and lost touch, but they are still bound by a tragic secret tied to the disappearance of a fellow student 25 years ago.
Posted by DEZMOND at 11:00 AM