LUISA SPAGNOLI BIOPIC
QUEEN OF FASHION
Now this one was shot back in 2016 but the reason I am mentioning it for you now is that it started streaming on PBS Masterpiece Prime Video Channel as of yesterday, June 17th for the viewers around the world so you now have a chance to see period set costume movie LUISA SPANGOLI: QUEEN OF FASHION from director Lodovico Gasparini.
Set in the early 1920's, this is a true story of Luisa Spagnoli who was an Italian businesswoman, famous for creating a women's fashion store and the chocolate brand. It traces the history of the Italian entrepreneur famous for the creation of the Bacio Perugina and the fashion house that bears her name. Perugia, early twentieth century. The young Luisa Spagnoli (Luisa Ranieri), a girl of humble origins, but moved by a great practical sense, decides to acquire a small pastry shop on the verge of failure in an attempt to escape from the simple destiny of a housewife and guarantee a better future for the three children and her husband Annibale (Vinicio Marchioni). Despite the hard work, however, the business shows no signs of taking off, also thanks to the negative opinion of the society of the time that does not look favorably on a woman placed at the head of a company. But Luisa does not give up and, armed with courage and determination, comes up with an idea capable of reviving the fortunes of her company: proposing an alliance to the well-known Buitoni (Matteo Martari) industrialists. From that 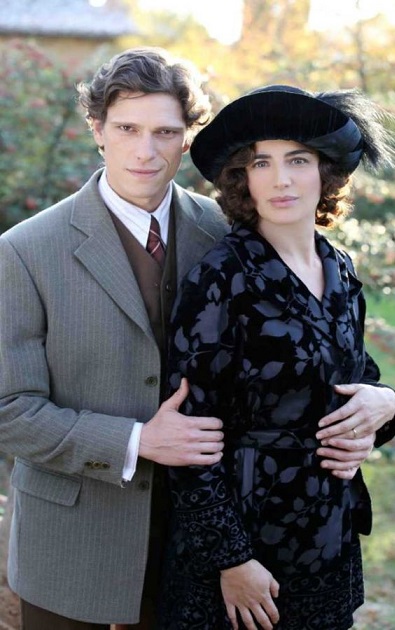 agreement a different company will be born, totally renewed in the way of producing, selling, advertising and consuming sweets: the Perugina. His talent in designing culminates in the creation of the famous Baci, which in a short time obtain extraordinary success becoming the flagship product of the 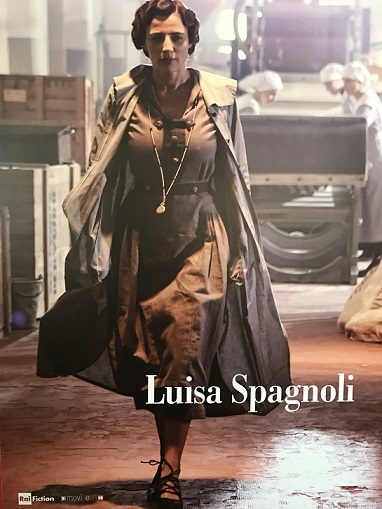 business. When the company finally established itself by exporting its products to New York and the rest of the world, Luisa threw herself into another venture: to create a clothing brand that adapts to the needs of modern women!
Posted by DEZMOND at 1:00 PM