BOUNDLESS EPIC TV SERIES
A VOYAGE AROUND THE WORLD
Beside Aidan Turner's Leonardo Da Vinci series that will finally air this August on CW for the viewers in America, there is another historical series to look forward to this summer: BOUND- LESS six part mini series that will air on Amazon Prime around the world from June 10th (if I got it right viewers in USA will see it from June 24th) and Spanish RTVE later this year which marks 500th anniversary of the expedition! Today you can enjoy the trailer 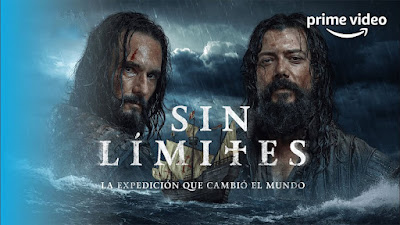 and poster from this historical adventure featuring Latino heartthrobs Rodrigo Santoro and Alvaro Morte as explorers Juan Sebastián Elcano and Ferdinand Magellan, who set sail from Spain over 500 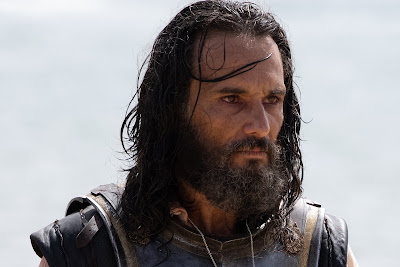 years ago in the first ever circumnavigation of the world! The project will also  be made into a feature film from the shot material which will also air on 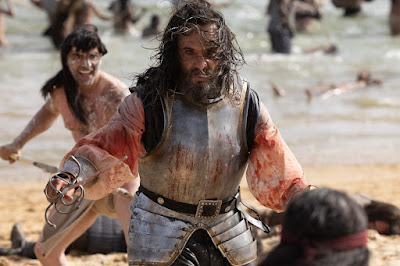 Amazon and Spanish national broadcaster. Simon West directed the series that started shooting last April when we announced it and finished earlier in 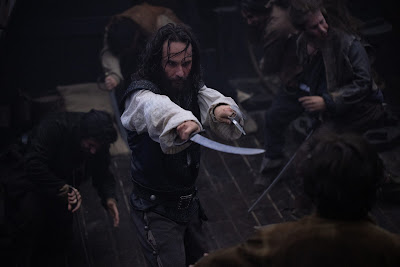 August. The production itself lasted two years longer than the actual voyage of the famous explorers. Sin Limites is the Spanish title of the series.
THE STORY OF THE NEW SERIES
will describe how they set sail with 239 sailors from Spanish harbour of Cádiz on August 20, 1519, bringing the tale of the survival and journey of the only 18 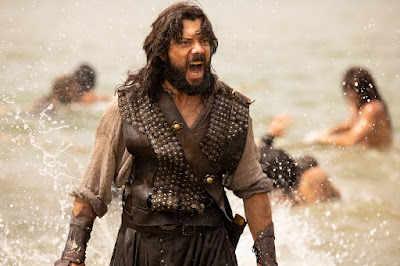 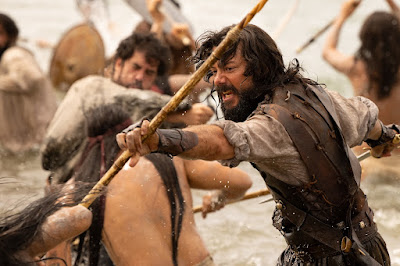 returned seriously unwell due to starvation, in the one ship that withstood the journey. They had traveled 14,460 leagues, west-bound, completing the 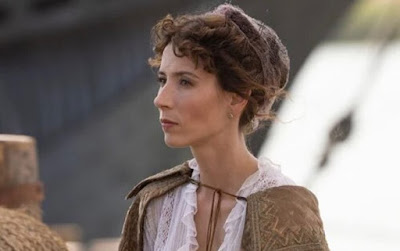 circumnavigation of the world; an almost impossible mission that sought to find a new route to the "islands of spices" and that ended up changing the 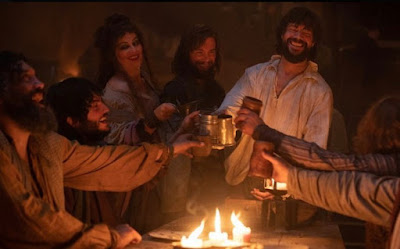 history of mankind by proving that the Earth is round. This feat forever transformed trade, economy, astronomy and knowledge of the planet, and is considered one of the greatest achievements in human history.
WHO WAS ON THE VOYAGE?
The cast of the show also includes Sergio Peris-Mencheta as Captain Cartagena, Adrián Lastra as Captain Mendoza, Carlos Cuevas as Martino), Pepón Nieto as Father Bartolomé, Raúl Tejón as Gómez de 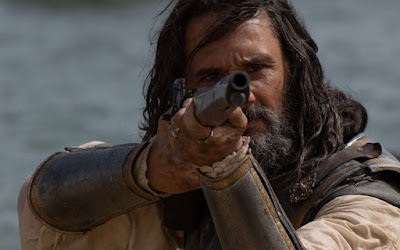 Espinosa, Gonçalo Diniz as Duarte Barrosa, Manuel Morón as Cardenal Fonseca and Bárbara Goenaga as Beatriz. The six episode show itself was 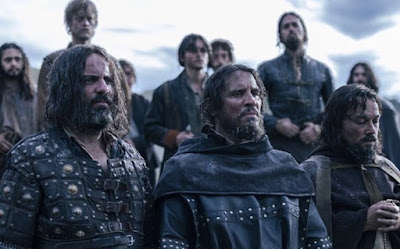 shot in Spain with Dominican Republic covering the more exotic locations. It will be available on Prime Video in Spain, France, Italy, Portugal, Latin America, Netherlands, UK, Germany, India, US and Andorra.
Posted by DEZMOND at 11:00 AM