One of Hollywood's most anticipated films, fashion designer Tom Ford's second directorial project NOCTURNAL ANIMALS (after 2009's A SINGLE MAN with Colin Firth and Matthew Goode) is adding new actors to the cast! According to 'Variety' Aaron Johnson and Michael Shannon have joined Amy Adams and Jake Gyllenhaal who are in the lead roles. The big screen adaptation of Austin Wright’s novel  follows a woman (Amy Adams) who receives a book manuscript from her ex-husband, who she left 20 years earlier, asking for her opinion. The second part of the story revolves around a man (Jake Gyllenhaal) whose family vacation turns violent with Shannon playing a detective investigating the violent incident while Johnson plays a mysterious figure who may pose a threat to the family.


BBC'S 'LIVING AND THE DEAD'
FIRST COLIN MORGAN PHOTO FROM VICTORIAN SERIES!
Meanwhile, BBC has released the first photo from their new six part Victorian horror drama set in 19th century Rural England THE LIVING AND THE DEAD starring our dearest Colin Morgan as Nathan Appleby who together with his wife Charlotte (Charlotte 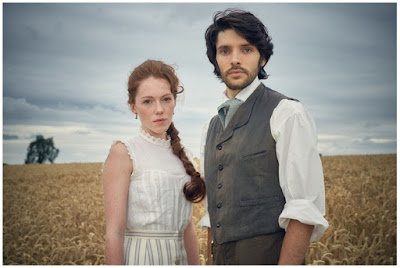 Spencer) uncovers a disturbing presence when they inherit the family farm in Somerset! Set in 1894, just as the industrial revolution reaches into the heart of rural England, the series aims to explore the eerie undercurrent of country life on the cusp of change. 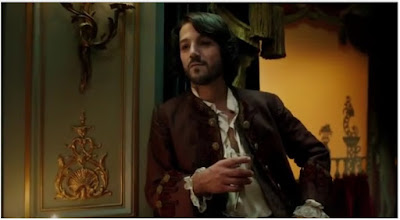 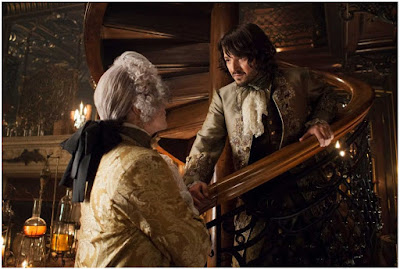 CASANOVA chronicles a little-known period in the life of one of 18th century’s most famous playboys. Exiled from his beloved Venice, Giacomo Casanova flees to Paris at the dawn of the 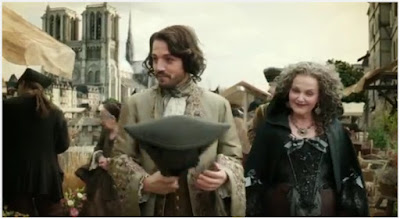 Enlightenment in hopes of putting his reputation behind him. But old habits die hard, and temptation is everywhere as Casanova finds a wealth of new opportunity…and trouble.
Posted by DEZMOND at 1:10 PM