Two queens for you today, minions! You must first bow to the new queen of the Ice Nation, Nia, who was mentioned before but will appear for the first time in the new third season of popular sf series THE 100! Brenda Strong will play the Ice Queen who has ruled her people for many years while holding onto power through ruthlessness and savvy! She does what she must to maintain her power, even when it puts her at odds with those closest to her. Pop star Shawn Mendes will  also appear in the first episode of the new season as he's playing a scrappy young Ark survivor who gets into a tricky situation and uses his particular talents to get out of it. 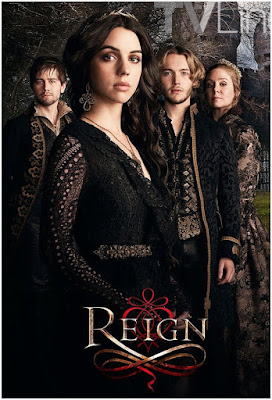 And I stand corrected since it isn't two but four queens today, having in mind that there are three of them in the third season of CW's historical series REIGN with Queen Elizabeth (Rachel Skarsten) getting into some wicked shenanigans with Queen Mary of Scots and France (Adelaide Kane) and queen Catherine de Medici (Megan Follows), for which you can see the first teaser trailer today! CW has moved the show to Fridays and has ordered only 18 episodes this season. They're obviously trying to spice up the story since the audience was left disappointed with the implausible  behaviour 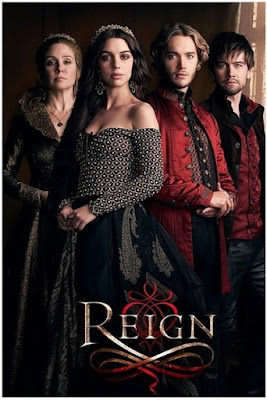 of the main characters in the previous run. While his mother is trying to dethrone his wife Mary conspiring secretly with Elizabeth, French King Francis (Toby Regbo) will keep trying to help his cheating, treacherous spouse.

OTHER NEW CAST MEMBERS
I've already reported that Tom Everett Scott will join the cast as Elizabeth's counsellor. The casting is currently on for the role of Elizabeth's lover Robert Dudley and his wife Amy, as well for a pirate who will be the love interest of Greer, Mary's flimsy lady in