'NORM OF THE NORTH' TRAILER
NEW ANIMATED ADVENTURE
Three trailers today, starting with delightful animated one for NORM OF THE NORTH about a polar bear of many words, whose greatest gripe 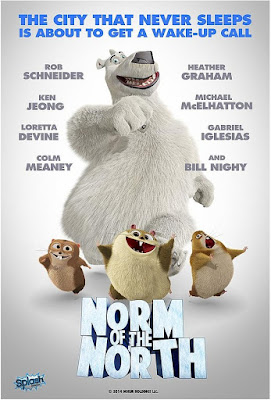 is simple: there is no room for tourists in the Arctic. But when a maniacal developer threatens to build luxury condos in his own backyard, Norm does what all normal polar bears would do: He heads to New York City to stop it. With a cast of ragtag lemmings at his side, Norm takes on the big apple, big business and a big identity crisis to save the day. Landing in New York, Norm begins life anew as a performing corporate mascot, only to discover that his new employers are directly responsible for the destruction of his polar home. It's out next January! 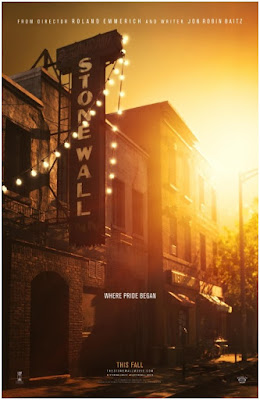 There's also the first trailer for Roland Emmerich's gay rights drama starring Jeremy Irvine and Jonathan Rhys Meyers STONEWALL. It tells the story of famous 1969 New York riots re-told through the perspective of a young man named Danny (Jeremy Irvine), a Midwestener coming to terms with his sexuality. Danny's arrival in New York introduces him to leading activists fighting for gay rights in the face of brutal police violence.The movie arrives into theatres September 25th just in the preaward season. 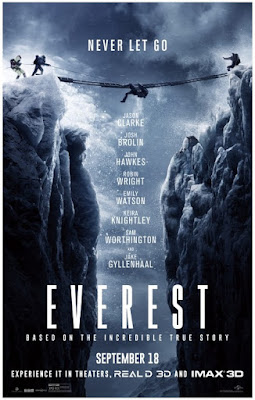 Want some freeze in the middle of summer heat? The second trailer for EVEREST is here for the movie inspired by true climbing expedition in which eight lives were lost ten years ago and starring Jake Gyllenhaal, Martin Henderson, Jason Clarke, Emily Watson, Josh Brolin. EVEREST documents the awe inspiring journey of two different expeditions challenged beyond their limits by one of the fiercest snowstorms ever encountered by mankind. Their mettle tested by the harshest elements found on the planet, the climbers will face nearly impossible obstacles as a lifelong obsession becomes a breathtaking struggle for survival.
Posted by DEZMOND at 1:00 PM