Scots (Adelaide Kane) is already shooting its third run and the casting continues with the addition of Tom Everett Scott as William, a trusted counsellor for Queen Elizabeth (Rachel Skarsten) whose London court will be one of show's new settings allowing for the treacheries and conspiracies to roam and flow between there and the French court.
The casting is currently on for the role of Elizabeth's lover Robert Dudley and his wife Amy, as well for a pirate who will be the love interest of Greer, Mary's flimsy lady in waiting. I've already reported that Spencer MacPherson will play French prince Charles, and that Sameer Usmani, Nick Lee and Ben Geurens have also joined the cast.


'CONTAINMENT' TRAILER
TELLS YOU TO TRUST NO ONE!
And here's something scary for you this weekend: a thrilling trailer for British movie CONTAINMENT which will spread this September in UK following neighbours in a block who wake one morning 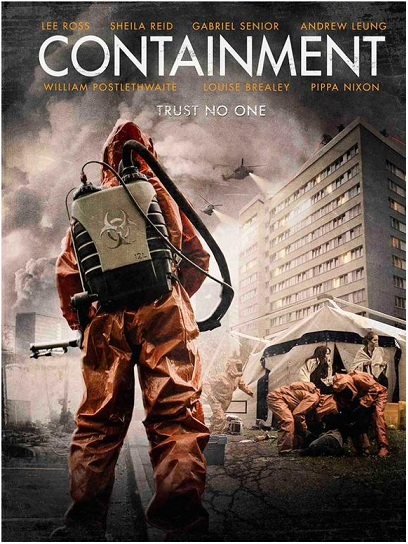 to find they have been sealed inside their apartments. Can they work together to find out why? Or will they destroy each other in their fight to escape?
Posted by DEZMOND at 1:00 PM