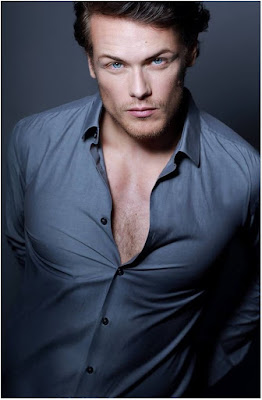 Now here are some good news for all ya ladies who melt every time you see that Scottish heartthrob Sam Heughan in OUTLANDER epic TV series. As 'Deadline' reports, he and the latest SUPERGIRL Melissa Benoist will lead new romantic movie OXFORD! Here's the plot of the movie: soon after arriving at Oxford U, an American Rhodes Scholar student falls for an arrogant teaching assistant who is quietly fighting terminal cancer. When she finds out the reason he is so standoffish, they make the most of each day, travelling the world together.

The best news this week from the epic front is that BBC 2 has bought upcoming English language series VERSAILLES and will air it in UK. French production from Canal + will air in France this Autumn with our most beloved George Blagden (VIKINGS) in the lead role. This sumptuous drama is set in a world of power, politics, betrayal, lust and declarations of war. The year is 1667 and King Louis XIV is a 28 year-old monarch on the cusp of greatness. A 17th century rock star and an utterly ruthless leader, he will stop at nothing to seize control of France and his enemies - and his weapon is the construction of a new seat of power and authority – the most beautiful palace in Europe and a symbol of absolute monarchy: Versailles. VERSAILLES takes the period genre to new dimensions, injecting a vibrant modernity into an era that put France at the epicentre of glamour, culture and fashion. 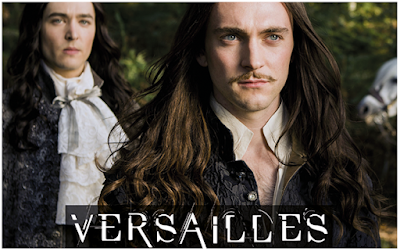 THE STORY OF THE SUN KING
Beside always delightful George Blagden as the Sun King himself, the ten episodes $30 million VERSAILLES also stars another of our faves MERLIN's Alexander Vlahos who is portraying his brother and rival 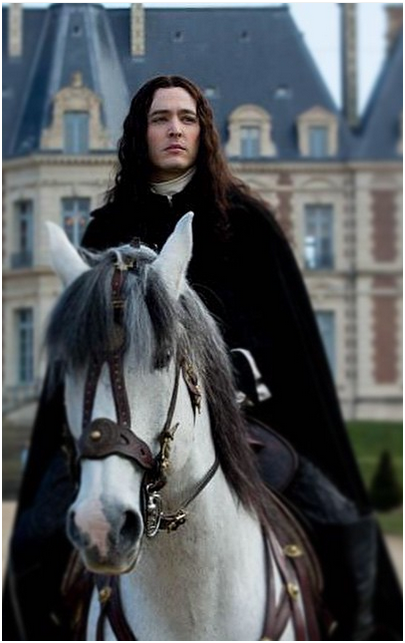 Grand Duke Philippe d'Orleans with whom he had a complex relationship! Dominique Blanc plays Anne of Austria. George 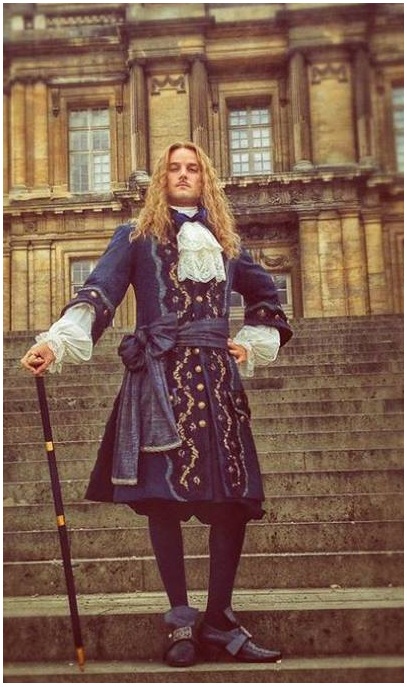 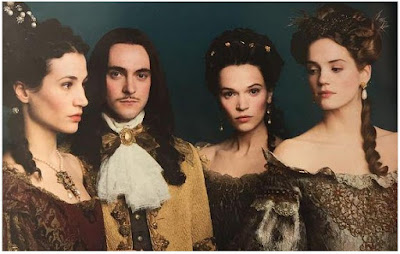 17th century costumes are done by French designer Madeleine Fontaine who worked on AMELIE and A VERY LONG ENGAGEMENT.