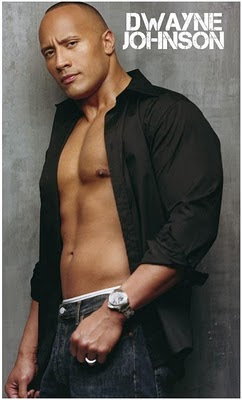 It seems that our dear Dwayne Johnson is really busy these days. We've seen the trailer for JOURNEY 2: THE MYSTERIOUS ISLAND in which he plays the lead role, he is currently shooting GI. JOE 2: RETALIATION in which he plays Roadblock, and now "Deadline" reports that he has joined THE MONSTER HUNTER'S SURVIVAL GUIDE, an adventure based upon a graphic novel by John Paul Russ, which is filled with comprehensive instructions on how to track down and slay various dangerous monsters. Dwayne will also star in SNITCH, as a father who goes undercover in prison in order to catch a drug dealer and thus help his jailed son.


HOLLYWOOD SPY HEADLINES
Beside ASSASSINS CREED, another video games which is getting a movie adaptation is RAMPAGE. As "HeatVision" writes, 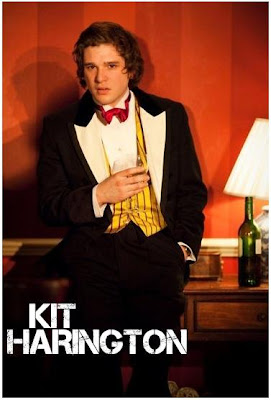 New Line is looking to adapt this story about three normal humans who are transformed into a gigantic lizard, werewolf, and gorilla after a military experiment went awry. They apparently want an INDEPENDENCE DAY scale for this one. As you've probably heard over the weekend, the race for the actor who will play the king in ARTHUR & LANCELOT is over, and instead of Luke Evans or Liam Hemsworth, the role went to GAME OF THRONES Kit Harrington. He will join Joel Kinnaman from THE KILLING show, who plays Lancelot. As you remember the producers are trying to get Gary Oldman as Merlin, and the whole project will apparently be in the line of BRAVEHEART with lots of action.
As you know, my little freaks, Monday is always boring when it comes to film news, so the only clip I have for you is a new one from Martin Scorsese's HUGO, an adventure film for kids which 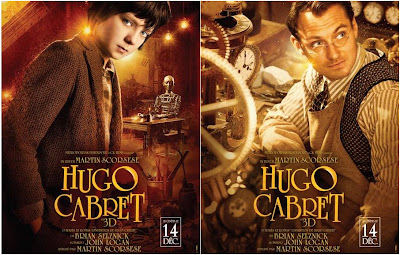 premieres this Thanksgiving. Starring Jude Law and Ben Kingsley, the film tells the story of an orphan boy living a secret life in the walls of a Paris train station. With the help of an eccentric girl, he searches for the answer to a mystery linking the father he 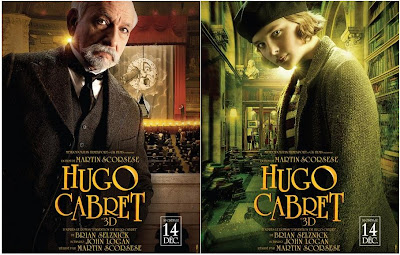 recently lost, the ill-tempered toy shop owner living below him and a heart shaped lock, seemingly without a key. The movie is based on the bestselling and award winning book from Brian Selznick.