As you know Hollywood Spy is a huge fan of Henry Cavill and has been supporting his career from the very beginning. After shining in THE TUDORS, he is finally getting huge roles he 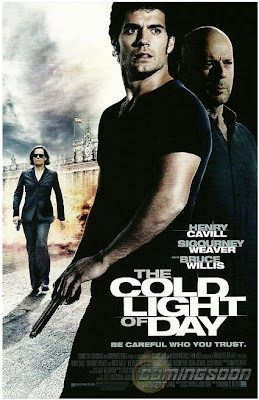 deserves in IMMORTALS this year and then in MAN OF STEEL. But there's another film he already finished. I wrote about THE COLD LIGHT OF DAY many times before, but now we have the first poster. This interesting action thriller shot in Spain, follows a young Wall Street trader (Henry Cavill) whose family is kidnapped on a vacation to Spain. He's left with only hours to find them, uncover a government conspiracy and the connection between their disappearance and his father's secrets. The cast also includes Bruce Willis and Sigourney Weaver. It's released next April and I hope we shall see a trailer soon.


HOLLYWOOD SPY HEADLINES
Although the sequel to the recent blockbuster WRATH OF THE TITANS is yet to be released, with the premiere scheduled for March 2012 (and we still haven't seen a single photo, poster or a
trailer), Warner Bros. has already hired writers to pen the third part of CLASH OF THE TITANS epic. Meanwhile, the 2nd part WRATH OF THE TITANS has Sam Worthington, Liam Neeson, Ralph Fiennes and Rosamund Pike in the cast. As "MovieWeb" reports the official title for James Bond 23 is SKYFALL. The film which will star Daniel Craig, Ralph Fiennes, Javier Bardem, Judi Dench, Ben Whishaw, and is being directed by Sam Mandes, will see  Bond's loyalty to M being tested as her past comes back to haunt her. As MI6 comes under attack, 007 must track down and destroy the threat, no matter how personal the cost.

I totally didn't find this trailer funny, thought it was really bad and having nothing hilarious in it at all, but maybe some of you might like it? It's the first one for the remake of 21 JUMP STREET in which Channing Tatum and some guy called Jonah Hill play two ordinary street policemen who get assigned to an elite squad 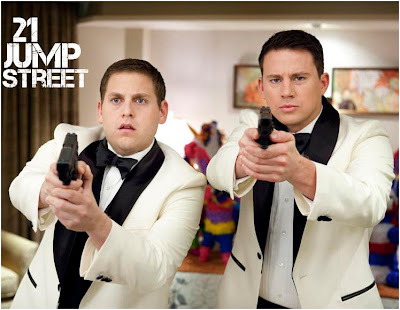 of young undercover cops in order to infiltrate some high school and fight crime in it. As you remember, back in the late 1980's this was a relatively popular show with now famous Johnny Depp. Check out the trailer and tell me if you like it or not? The film is out next March.
Posted by DEZMOND at 12:00 AM