One of the animated films we will be watching in 2013 is JUSTIN AND THE KNIGHTS OF VALOUR. Penned by the writer of THE EMPEROR'S NEW GROOVE, the story of this Spanish production 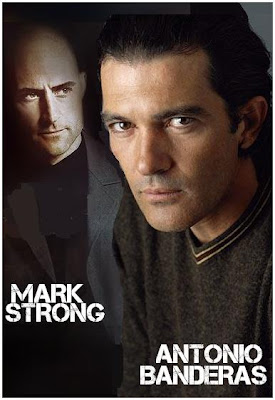 follows Justin, an idealistic boy who dreams of becoming a knight in shining armor, but his magical kingdom is in painful transition to a modern age dominated by bureaucracy. He wants to be a knight but his father (Alfred Molina), the chief counsel to the Queen, wants his son to follow in his footsteps and become a lawyer. In need of guidance, Justin visits his granny (Julie Walters), who tells him the story of his grandpa, Sir Roland, the protector of the King until they were both betrayed and killed by the evil Sir Heraclio(Mark Strong). Against his father’s 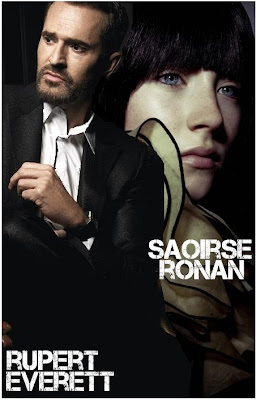 wishes, Justin runs away in search of his dream and begins his quest to become a Knight. On his quest he will meet Talia (Saoirse Ronan), a feisty and independently minded girl, and three ancient monks, who will instruct him in knightly ways and teach him some magic. He will also meet Gustav the gas powered wannabe dragon crocodile. Called upon to prove himself when Heraclio and his minions, lead by Sota (Rupert Everett), return and threaten the kingdom, Justin saves the day. The cast also includes Antonio Banderas and Freddie Highmore.


HOLLYWOOD SPY HEADLINES
Now, doesn't this sound like the most amazing trio ever: according to "Variety", Judi Dench (bow immediately) and Anthony Hopkins are in talks to star in Kenneth Branagh's new drama 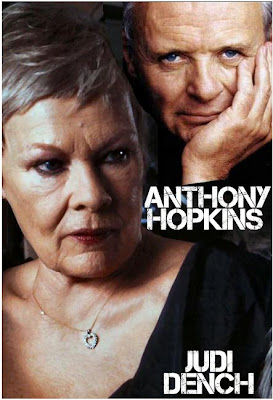 ITALIAN SHOES which will revolve around a retired surgeon, who has become a recluse on a private island in Sweden but he must confront the mistakes of his past, when he is reunited with a former lover. As I wrote earlier Kenneth is also attached to direct the movie adaptation of wonderful book THE GUERNSEY LITERARY AND POTATO PEEL PIE SOCIETY, while her Cinematic Highness Judi Dench has BEST EXOTIC MARIGOLD HOTEL premiering next year with a more than wonderful cast including Maggie Smith and Tom Wilkinson. Remember the heartwarming trailer?
One of the delightful films which hit DVD market last week is wonderful Australian film GRIFF THE INVISIBLE. This hearwarming and inspiring mix of comedy and drama, has TRUE BLOOD's hunk Ryan Kwanten in the lead role as Griff, who is by 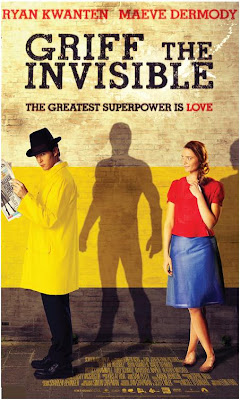 day an everyday office worker, in an everyday town. He lives a secluded life, bullied by co-workers, with his protective brother as his only friend. By night Griff assumes his other identity, roaming the dark streets protecting the innocent and the vulnerable from the dangers that lurk in the shadows - he is the hero, GRIFF THE INVISIBLE. Increasingly concerned by Griff's eccentric behaviour, his brother attempts to draw him back into the 'real world'. In doing so he introduces Griff to Melody an equally eccentric and charming girl. Fascinated by Griff's idiosyncrasies, which are equal only to her own, Melody begins to fall for Griff. As Griff is forced to face up to realities of a mundane world, it is up to Melody to rescue GRIFF THE INVISIBLE for the sake of herself, Griff and their love for each other.

Have you noticed that HOLLYWOOD SPY has just had its 900,000TH VISITOR? Thank you, my little freaks!
Don't forget that this Wednesday I'm posting an interview with bestselling author Samuel Park and that I will also have A GIVEAWAY of his book THIS BURNS MY HEART, which is one of Amazon's Top 100 Books of 2011, so, please, spread the word around the blogosphere and be there yourself :)
Posted by DEZMOND at 12:00 AM