Well, it seems that we have a new casting pet project in Hollywood: since the production of 300: BATTLE OF ARTEMISIA is moving close, the first rumors on who might get 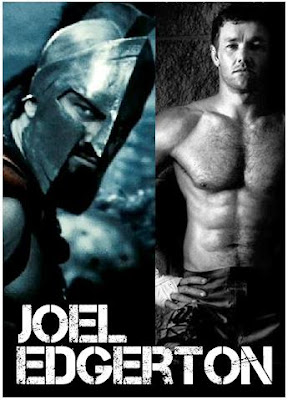 the lead role in the prequel to the legendary epic blockbuster have starting circling. "Vulture" reports that the first name mentioned for the role of the Greek general Themosticles who lead his army to victory over the Persians in 480 B.C., is Australian actor Joel Edgerton who got critical praise for his role in WARRIOR this year beside Tom Hardy. The prequel fill describe events ten years before the original film following the rise to the power of the famous Persian king Xerxes and the glorious battle at Marathon. I'm not sure I like Edgerton for this role. You?


HOLLYWOOD SPY HEADLINES
Deadline reports that gorgeous young people Leslie Bibb (currently stars in ABC's GOOD CHRISTIAN BELLES), Ryan Kwanten (TRUE BLOOD) and Amy Smart (THE BUTTERFLY EFFECT) have joined 7500, a film in which the story centers
on the passengers of Vista Pacific Flight 7500, who come to realize that an evil force is with them on the flight across the Pacific Ocean. Bibb will star as a stewardess, while Kwanten and Smart play a married couple on the flight. Another interesting plot will be seen in THE SILVER LINING PLAYBOOK in which Bradley Cooper plays a man released from a mental institution in which he spent four years, but he thinks it's been only a few months, so he feverishly tries to get back with his estranged wife and to become the man she had always desired. The cast also includes Jennifer Lawrence and Robert De Niro.

It's been quite a dry period when it comes to new trailers lately, but today a second trailer for UNDERWORLD AWAKENING has been released around the net. To premiere this January, the new

movie in the vampire saga will see Kate Beckinsale return to the role of vampire warrior Selena, who escapes imprisonment to find herself in a world where humans have discovered the existence of 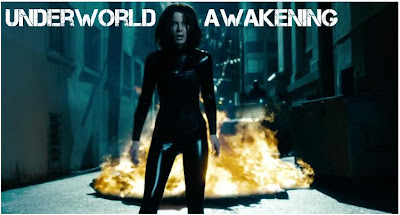 both Vampire and Lycan clans, and are conducting an all-out war to eradicate both immortal species. The film comes to cinemas in 3D and will not be directed by Cate's husband Len Wiseman

but by Danish filmmakers Mans Marlind & Bjorn Stein. The cast also includes Michael Sheen and Bill Nighy.
Posted by DEZMOND at 12:00 AM