Another novel is getting a movie adaptation: Mark Halprin's WINTER'S TALE will be made into a film which takes place in both the beginning and the end of the 20th century and centers on 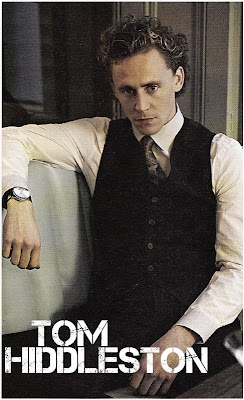 a burglar who robs an Irish heiress and begins to fall for her as she dies in his arms. He comes to learn he has the gift of reincarnation, and is determined to save her. Tom Hiddeston and Russell Crowe are apparently in the run for the male roles, while Elizabeth Olsen is auditioning for the female lead. The producers of DIE HARD 5, which will be titled A GOOD DAY TO DIE HARD, have asked for a permission to shoot a part of the film in Serbia. The prison in Belgrade will act as a Russian prison from which Bruce Willis tries to escape. As I wrote before, Willis will also have a son in the film, who might take on the franchise later on, and the lead candidate for the son role is Aaron Paul from BREAKING BAD.


HOLLYWOOD SPY HEADLINES
Earlier this week I gave you a new poster for SPARTACUS VENGEANCE, and today I have some great news again: the 3rd season of the worldwide popular show was officially ordered this 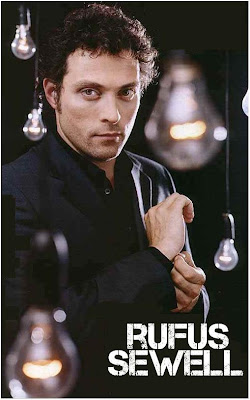 weekend, and as soon as the 2nd season starts airing next January, the 3rd season will start shooting in New Zealand! Now these are good news too: "Variety" reports that Rufus Sewell is the latest one to join the cast of Alex Proyas' epic movie adaptation of John Milton's PARADISE LOST. He will play Samael, a partisan of Lucifer (Bradley Cooper) who urges him to start the war in heaven. You already know that Benjamin Walker is archangel Michael, Djimon Hounsou is angel of death, Casey Affleck is Gabriel the angel with six wings who also serves as a messenger to God, Callan McAuliffe is archangel Uriel, Diego Boneta is Adam, Camilla Belle is Eve, and Dominic Purcell is Jeehamel Lucifer's right hand man.
I've mentioned before that I don't like Jessica Chastain for some reason (she strikes me as deeply unappealing and cold) but she really is getting all the roles in Hollywood lately. It's either her, 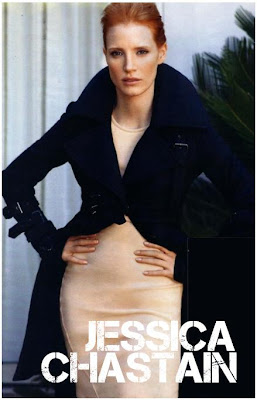 Anne Hathaway or Olivia Wilde. Beside playing Tom Cruise's wife in sf epic HORIZONS, and starring previously in CORIOLANUS, TAKE SHELTER, THE HELP, THE DEBT, and THE TREE OF LIFE, she has now accepted the lead role in CAUGHT IN FLIGHT, a biopic of Princess Diana. As "Collider" writes, the film will depict her real-life secret affair with heart surgeon, Dr. Hasnat Kahn, who was said to be the love of her life. Their two-year affair began in 1995, and Kahn maintained his silence until he spoke on record to The Telegraph in 2008. The movie is described as a love story between a princess locked in a tower and an ordinary man.
Posted by DEZMOND at 12:00 AM