Ah, the horrid trend of Hollywood stars appearing in B-league action films continues: according to "Deadline" ultra dashing Chris Evans will go from Captain America to THE ICEMAN, but it's 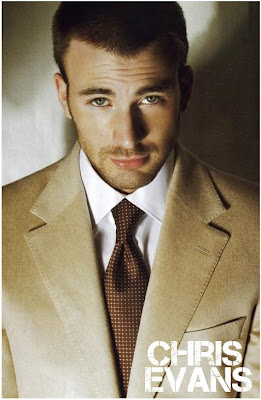 not a superhero flick, he is replacing James Franco in the film about infamous serial killer Richard Kuklinski. In the  adaptation of Anthony Bruno's book "The Iceman: The True Story of a Cold-Blooded Killer" Michael Shannon will play the killer, and Chris will play his protege. The cast of the film also includes Maggie Gyllenhaal, David Schwimmer and Ray Liotta. A new show coming to HBO is the one on famous gunslinger DOC HOLIDAY. To be directed by Ron Howard and produced by Akiva Goldsman, the show paints Doc Holliday in a much different light as an educated Southerner who was a dentist before gaining notoriety as a gunslinger.The story will also depict the love triangle between Doc Holliday, his wife, and his best friend Wyatt Earp.


HOLLYWOOD SPY HEADLINES
As "MovieWeb" reports, New Regency is planning to shoot a movie titled HELLBENT with the story which will revolve around some prison escape done with the help of unusual supernatural forces. The film will 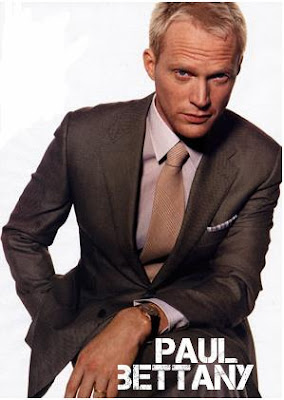 be done by the producers of NBC's upcoming Amazon adventure show THE RIVER with Sam Neill. An unexpected new addition to MARVEL'S THE AVENGERS cast, which hits cinemas next May bringing together all the super heroes from Thor to Captain America, is Paul Bettany, but we shall not see him in the film, he will just borrow his voice to Iron Man's robot assistant J.A.R.V.I.S. like he did in both IRON MAN films. As you know THE AVENGERS will star Chris Hemsworth, Chris Evans, Scarlett Johansson, Tom Hiddleston, Jeremy Renner...
Another great film which I don't want you to miss on the DVD market is marvelous epic drama THERE BE DRAGONS which hits DVD and blu-ray market in January. The brilliant cast of this critically acclaimed historical epic includes Wes Bentley, 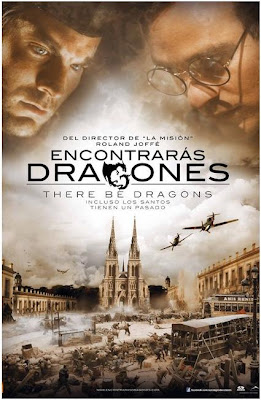 Rodrigo Santoro, Olga Kurylenko, Dougray Scott, Derek Jacobi and Charlie Cox. The story follows London journalist Robert Torres who travels to Spain to research a book about Josemaría Escrivá, the controversial founder of the Catholic institution Opus Dei. Robert's visit is on track until he hits a wall, both professionally and personally, when his most promising source - his own father, Manolo Torres - turns out to be his least cooperative one. Robert begins to unearth his father's toxic secrets when he learns that Manolo was not only born in the same Spanish town as Josemaría, but that they were childhood friends and attended the same seminary. The two men take radically different paths in life, with Josemaría dedicating his life to his faith while Manolo is swept into the brutal and tumultuous Spanish Civil War. As Robert continues to explore the secrets of Josemaría's life and Manolo's mysterious anger, their overlapping journeys are revealed. 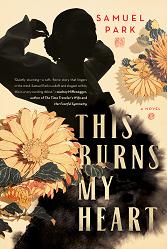 And don't forget that later today, I'm posting an exclusive interview with SAMUEL PARK, the author of Amazon's, People's and Today Show's praised THIS BURNS MY HEART novel. There will also be a GIVEAWAY, so spread the word :) You get bonus points in the giveaway if you post the cover of the book (or the sidebar add) and the link for the interview at your site tomorrow :)
Posted by DEZMOND at 12:00 AM