It's interesting that the end of the year will bring us quite a lot of ensemble films, movies which will hit cinemas in December with lots of big names playing together in their casts. Check out some of them: 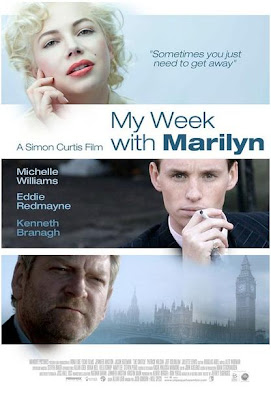 young Colin Clark (Eddie Redmayne), just down from Oxford and determined to make his way in the film business, worked as a lowly assistant on the set of "The Prince and the Showgirl", the film that famously united Sir Laurence Olivier (Kenneth Branagh) and Marilyn Monroe (Michelle Williams), who was also on honeymoon with her new husband, the playwright Aurthur Miller (Dougray Scott). Nearly 40 years on, his diary account "The Prince, the Showgirl and Me" was published, but one week was missing and this was published some years later as MY WEEK WITH MARILYN – this is the story of that week. When Arthur Miller leaves England, the coast is clear for Colin to introduce 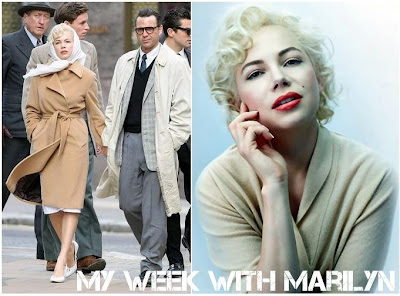 Marilyn to some of the pleasures of British life in an idyllic week in which he escorted a Monroe desperate to get away from her retinue of Hollywood hangers-on and the pressures of work. The magnificent cast also includes Judi Dench, Toby Jones, Dominic Cooper, Julia Ormond as Vivien Leigh, Derek Jacobi... Check out a fresh new clip in which Michelle Williams performs Marilyn's song Heatwave on stage. 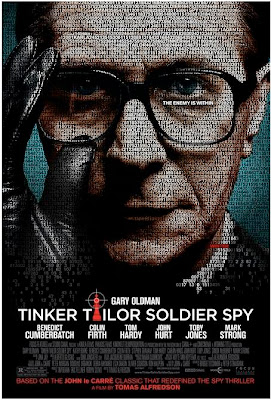 Premiering December 9th, is new British dramatic thriller TINKER, TAILOR, SOLDIER, SPY directed by Tomas Alfredson from LET THE RIGHT ONE IN, who is also supposed to helm the epic fantasy LARKLIGHT in 2013. The film is set in in the bleak aftermath of the Cold War, where espionage veteran George Smiley is forced from semi-retirement to uncover a Soviet agent within MI6's echelons. The film is an adaptation of John Le Carre's seminal cold war best-seller and it was made into a TV show back in the 1970's with Alec Guinnes. This 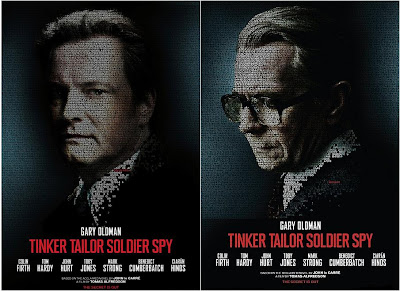 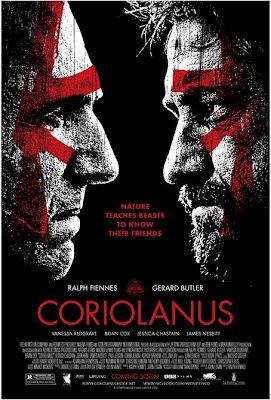 Another, rather manly stellar cast will be seen in one of possible Oscar contenders CORIOLANUS, the modern adaptation of William Shakespeare's famous play. In the modern version, Shakespeare's drama on Roman hero Coriolanus and his enemy Tullus Aufidius, commander of the Volscian army, is turned into a contemporary Rome-set political and family drama about a banished hero of Rome who allies with a sworn enemy to take his revenge on the city. Beside Ralph Fiennes who is also directing the movie, beside taking the lead role (this is his debut behind the helm), the cast also includes Gerard Butler as Tullus, 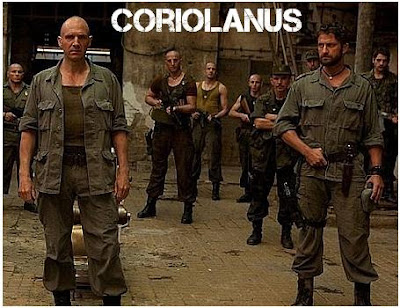 Brian Cox, Vanessa Redgrave, Jessica Chastain and a bunch of talented Serbian actors since the film was shot last year in Serbian, including a number of scenes shot in the grandiose building of the Serbian Parliament in Belgrade. The film hits cinemas at the end of the year. 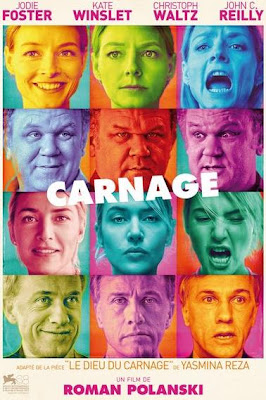 Four big acting names playing together in the same film will be seen in Roman Polanski's CARNAGE, which premieres December 16th. This drama with a strong cast and stage atmosphere, mostly based on strong dialogues, starts with a showdown between two kids: about eleven, in a local playground. Swollen lips, broken teeth… Now the parents of the “victim” have invited the parents of the “bully” to their apartment to sort if out. Cordial banter gradually develops a razor-sharp edge as all four parents reveal their laughable contradictions and grotesque prejudices. None 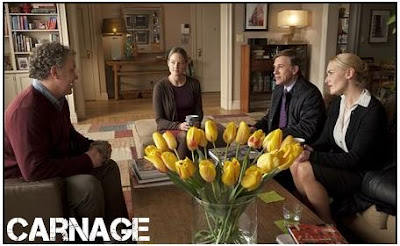 of them will escape the ensuing carnage. The ensemble cast is lead by Kate Winslet and Christoph Waltz who play one couple and Jodi Foster and John C. Reilly who play the second one.
Posted by DEZMOND at 12:00 AM