I have two trailers for you today. The first one is a new trailer for epic drama RED TAILS. The exciting story is set in the final year of World War Two. As the war in Europe continues to take its toll 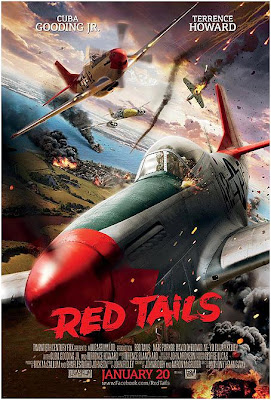 on Allied forces, the Pentagon brass has no recourse but to consider unorthodox options - including the untried and untested African American pilots of the experimental Tuskegee training program. Just as the young Tuskegee men are on the brink of being shut down and shipped back home, they are given the ultimate chance to show their courage. Against all the odds, with something to prove and everything to lose, these intrepid young airmen take to the skies to fight for their country - and the fate of the free world. Ready to premiere this January the movie stars Bryan Cranston, Josh Dallas (he is currently playing Prince Charming in ABC's hit show ONCE UPON A TIME), Terrence Howard, Cuba Gooding Jr, and music stars Ne Yo and Method Man.


THE LATEST TV HEADLINES
In TV headlines today, NBC has ordered a pilot for LEGENDS, a new show from the producer of HOMELAND (the hit show with Damian Lewis and Claire Danes), about an undercover agent who takes on legendary identities. The spy comes to learn that 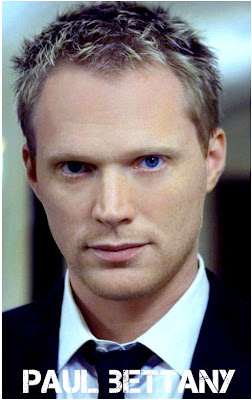 his own identity may be a lie as well. On the other hand, AMC, the home of super popular HELL ON WHEELS and THE WALKING DEAD has acquired a pilot of THUNDER STRUCK show, which centers on mysterious UFOs that start to appear all over the world. As "Deadline" reports the show is set in the small town of Great Falls, Montana, where the citizens try to deal with this unexplained phenomena. Yet another movie stars to move to TV is Paul Bettany who will lead Showtime's MASTERS OF SEX pilot. Bettany will play William Masters, who ignited a sexual revolution through the research he performed with Virginia Johnson and they became known as a couple which taught America how to love.
And another trailer for today is the second, longer one for fantasy film THE HUNGER GAMES which should hit cinemas next March. This one is longer than the modest first clip from this 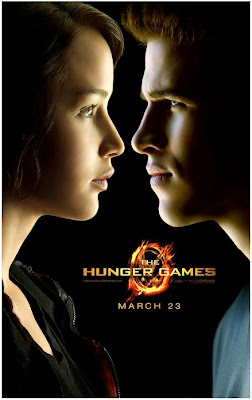 summer, but I don't like the new one either, it kinda lacks an artistic vision and depth. You might like it, though. As you know the story is set in a dystopic Capitol which requires its 12 subjugated districts to pay tribute in the form of a teenage boy and girl who are forced to participate in the annual Hunger Games, a fight to the death on live TV. When Katniss Everdeen's little sister is chosen in the lottery, Katniss volunteers to take her place. Although persevering through hardship is commonplace for Katniss, she must start making choices that weigh survival against humanity and life against love in order to win the games and return home. The cast includes Jennifer Lawrence, Josh Hutcherson, Liam Hemsworth, Woody Harrelson, Elizabeth Banks, Wes Bentley, Stanley Tucci...
Posted by DEZMOND at 12:00 AM