PEACOCK'S LAST LIGHT
AIRING DATE REVEALED
Peacock has unveiled first photo and start date for their new series LAST LIGHT which will start September 8th with Matthew Fox as petro-chemist Andy Yeats who knows how dependent the world is on oil; if something were to happen to the world’s oil supply, it would set off a chain reaction: transportation would grind to a halt, supplies would cease to be 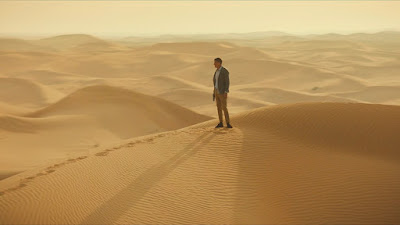 delivered, law enforcement would be overwhelmed. While on a business trip to the Middle East, Andy realizes that his worst fears are coming true and his family is separated at this crucial moment. His teenage daughter, Laura, is alone at home in London while his wife, Elena, and young son, Sam, are in Paris. Amid this chaos, each family member will sacrifice everything to find one another, despite the distance and the dangers that separate them.
LA BREA SEASON 2
TEASER AND AIR DATE
NBC has at the same time published first teaser for the second season of LA BREA series which returns September 27th with 14 episodes. Eoin Macken and Natalie Zea lead the series about a group of Los Angelenos 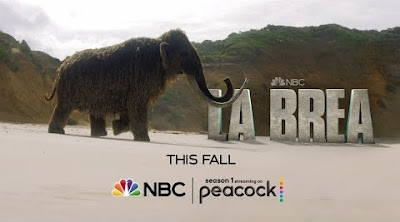 who disappeared into a sinkhole and emerged 12,000 years into the past. In the new season some of the characters will time travel into some other period of the past which should make the plot more dynamic. The episodes will stream on Peacock after airing on NBC.
AVATAR: THE WAY OF WATER
KATE WINSLET'S NA'VI REVEALED
Empire has, meanwhile, offered new photos from the long awaited AVATAR: THE WAY OF WATER sequel which should arrive into cinemas this December. Empire's new cover and photo reveal Kate Winslet’s character, a Na’vi warrior Ronal. Along with Cliff Curtis’ Tonowari, Ronal leads the Metkayina clan, who dwell in the shallows of Pandora’s vast oceans – and will play a major part in the upcoming adventure. When Sam Worthington’s Jake and Zoe Saldaña’s Neytiri are displaced from their home and flee to the Metkayina’s waterworld, they won't be greeted there with open arms. The movie means Winslet's return to working with James Cameron, 26 years after Titanic. Winslet learned diving for seven and more minutes without air while shooting the film. New issue of Empire will feature other never before 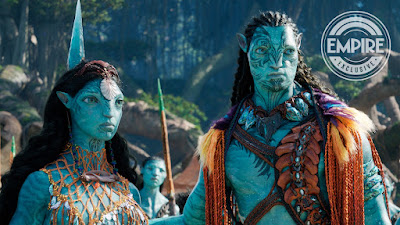 seen images and stills from the new Avatar movie and it is out in newsstands next week. You can also check out the first trailer for the film released about the month ago. It is one of the best viewed trailers of the year over at YouTube.
Posted by DEZMOND at 10:00 AM