MOONHAVEN SF SERIES
STARTS THIS WEEK ON AMC
The only premiere we have this week when it comes to period set and fantasy series is MOONHAVEN science fiction drama arriving to AMC Plus this Thursday, July 7th set on a Utopian society on Moon with Joe Manganiello and Dominic Monaghan leading the cast.
MOONHAVEN centers on Bella Sway (Emma McDonald), a lunar cargo pilot and smugger 100 years in the future who finds herself accused of a crime and marooned on Moonhaven, a utopian community set on a 500 square mile Garden of Eden built on the Moon to find solutions to the problems that will soon end 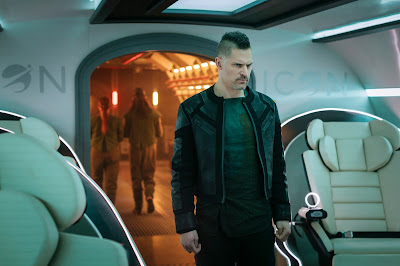 civilization on Mother Earth. A skeptic in Paradise, Bella is sucked into a conspiracy to gain control of the artificial intelligence responsible for 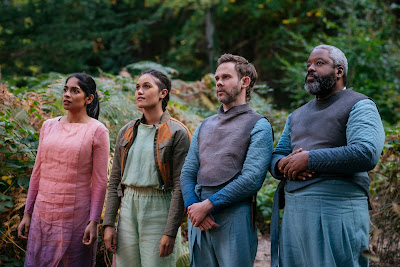 Moonhaven’s miracles and teams with a local detective to stop the forces that want to destroy Earth’s last hope before they are destroyed themselves.
THE FIRST EPISODE
which airs this week, will start with a murder on Moonhaven which puts Earth's last hope in jeopardy; during what should be a routine cargo loop to 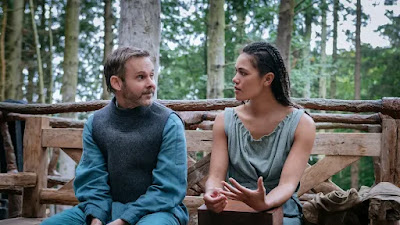 the moon, pilot Bella finds herself the subject of detective Paul Sarno's investigation. Moonhaven leads the pack of new series on AMC Plus which will 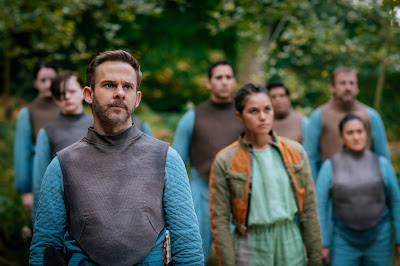 continue with Interview With The Vampire later this year. But before that one arrives, you can check out the trailer for Moonhaven and tell us what you think? Will you tune in on Thursday for a double episode premiere?
Posted by DEZMOND at 11:00 AM