THE MATTACHINE FAMILY
LOVE YOUR CHOSEN FAMILY
We are all family oriented today, spylings, starting with the first poster for movie drama THE MATTACHINE FAMILY which is currently in post production under the helm of Andy Vallentine who also wrote the script. Gorgeous Nico Tortorella and Fuller House's Juan Pablo Di Pace play a gay couple in this warm drama which revolves around Thomas and Oscar who are very much in love, but after their first foster child returns to his birth mother, they find that they have different ideas about what it means to make a family. Emily Hampshire also stars in this film which does not currently have a scheduled release date nor a trailer.
MARRIAGE BBC ONE SERIES
STARRING SEAN BEAN
British broadcaster BBC One will launch a new four part family series MARRIAGE from August 14th as their new Sunday night series starring 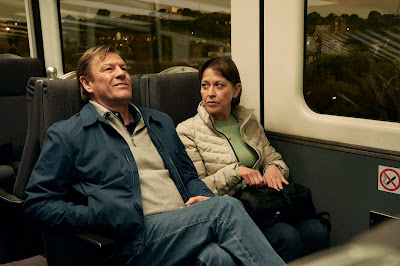 Sean Bean and Nicola Walkers as a long-time couple approaching their 27th wedding anniversary! The series explores the hopes and fears of their 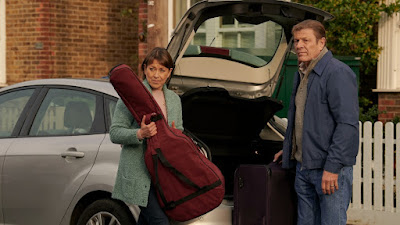 marriage, from insecurities and jealousies to funny, moving moments. In one of the scenes in the trailer you can see that he is also jealous of her young boss 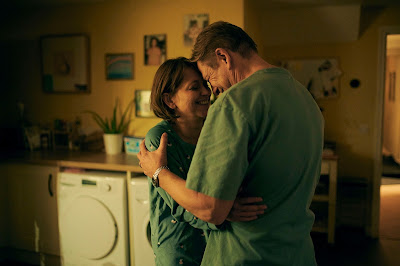 played by Henry Lloyd Hughes. The drama will explore the risks and the gifts of a long-term intimate relationship, sometimes funny, sometimes moving, always revealing.
OTHER PEOPLE'S CHILDREN
STARRING VIRGINIE EFIRA
Our favourite among the new European movie stars, deadly gorgeous Virginie Efira stars in OTHER'S PEOPLE CHILDREN movie drama from director Rebecca Zlotowski which will have its world premiere over at Venice Film Festival. The film follows Rachel who loves her life, her students, her friends, her ex, and her guitar lessons. When she falls in love with Ali, she grows close to his 4-year-old daughter, Leila. She tucks her in, looks after her, and loves her like a mother… which she isn’t. Not yet. Rachel is 40. The desire for a family of her own is growing stronger, and the clock is ticking. The movie asks: Is it too late?
Posted by DEZMOND at 7:00 PM