KATE WINSLET TO RETURN
TO TV IN TRUST SERIES
She did score success with Mare of Easttown, and now Kate Winslet will produce and star in the HBO series adaptation of TRUST novel by Hernan Diaz. It follows a wealthy financier who is dissatisfied by a novel based on his life and his wife’s portrayal, so he asks a secretary to ghostwrite his memoir 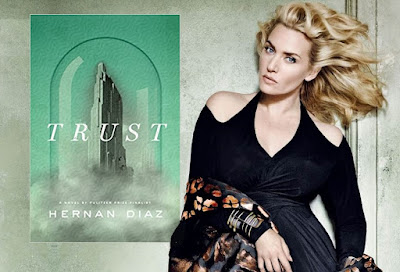 and set the record straight. The secretary, however, grows uncomfortably aware that he is rewriting history and his wife’s place in it. Before that in LEE movie Kate will play a fashion photographer and war correspondent Lee Miller next to Jude Law, Josh O'Connor and Marion Cotillard.
MISS SCARLET & THE DUKE
HAS RETURNED THIS JUNE
And just to remind you with these new posters that, June 14th, a return to Alibi Channel in UK with the second season was launched for MISS SCARLET AND THE DUKE period set detective series which will also air on PBS in USA October 16th. Starring our boy Stuart Martin and Kate Philips, the second series, shot in Serbian capital Belgrade, picks up one month on from the end of the previous series. Eliza has solved her father‘s murder, her relationship with William, the Duke, continues to slowly simmer, and Eliza continues to face the challenges of being a professional female detective in Victorian London. Eliza is hired by the sister of a missing woman for her first case this series. Her task is to find the woman, 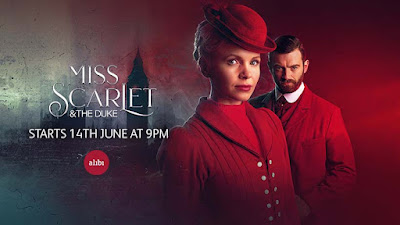 but the case was already closed by the police, so tension between Eliza and the Duke ensues. Beside Epic Drama cable channels around Europe, the six episode series will also air on BBC First in Benelux and BBC Brit in Africa.
Posted by DEZMOND at 10:00 AM