MULTICAM SITCOMS 2019
WHICH ARE DEAD FOR GOOD?
It's been a bloodbath of a week for multicam sitcoms: CBS cancelled Murphy Brown, Fam, Happy Together, and Fox their Cool Kids. When it comes to this year's pilots, ABC has passed on Katey Sagal's Nana, CBS on Katherine Heigl's Our House and David Walton's The Story of Us and Briga Heelan's To Whom It May Concern, Fox on Patty's Auto, NBC on Zach Cregger's Friends in Law!
UNITED WE FALL
ABC has, however, ordered UNITED WE FALL multicam to series. Starring Will Sasso, Christina Vidal, Jane Curtin and Jason Michael Snow, it is a profoundly realistic, multicultural family sitcom that shows how, when two 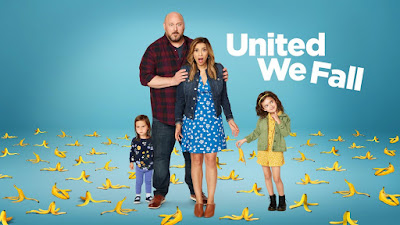 people with young children and overzealous extended families truly love each other, barely anything is possible.


FRAN DRESCHER'S INDEBTED
formerly known as Uninsured has been ordered to series by NBC and it is the one I was most happy about, personally. It marks her return to the network together with  Adam Pally, Abby Elliott, Steven Weber and Jessy
Hodges! Young parents Dave and Rebecca are ready to reclaim their life after years of diapers and sleepless nights. However, things take an unexpected turn when Dave’s parents show up unannounced and broke, leaving Dave with no
choice but to open the door to the people who gave him everything. But these boomerang parents aren’t great with boundaries and the question of who’s parenting who quickly become blurred!


CAROL'S SECOND ACT
has been ordered to series at CBS. Starring  Patricia Heaton , Kyle MacLachlan, and our dearest Jean-Luc Bilodeau, it revolves around Carol 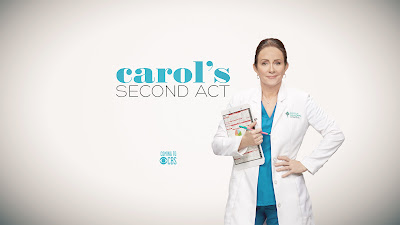 OUTMATCHED AKA GENIUSES
has been ordered to series by Fox and will probably be Last Man Standing's sidekick next season. It is a family comedy about a blue-collar couple (Maggie
Lawson and Jason Biggs) in South Jersey trying to get by and raise four kids, three of whom just happen to be certified geniuses. The sitcom will air on Thursday nights with LMS from January!