FUNNY INDIE COMEDY TRAILERS FOR 'THE LOVERS' WITH DEBRA WINGER, AIDAN GILLEN AND 'ALL NIGHTER' WITH J.K. SIMMONS, EMILE HIRSCH

'THE LOVERS'  TRAILER
A LOVE SO STRONG IT CAN SURVIVE MARRIAGE
Here's a rather funny and interesting trailer for new comedy drama THE LOVERS out next May! It is a refreshing, funny look at love, fidelity, 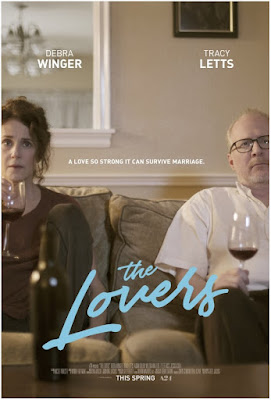 and family, starring Debra Winger and Tracy Letts as a long married and completely dispassionate husband and wife. Both are in the midst of serious affairs and are increasingly committed to their new partners (Aidan Gillen plays hers). But on the brink of officially calling it quits, a spark between them suddenly and unexpectedly reignites, leading them into an impulsive romance that forces them to navigate the hilarious complications of "cheating" on their respective lovers. A mixture of humour and powerful emotion, the story is a uniquely honest take on modern marriage. 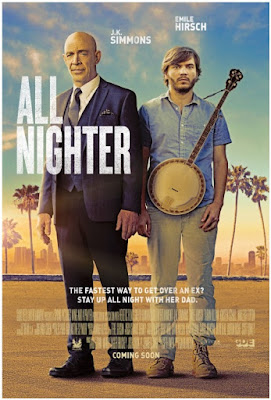 OUT ALL NIGHT WITH HER DAD!
And another indie comedy trailer and poster for you today: this one from ALL NIGHTER, out this March in cinemas starring J.K. Simmons as  a workaholic father who attempts to visit his daughter during a layover in LA, only to discover that she's disappeared, and is then forced to team up with her awkward ex boyfriend to find her over the course of one transformative night. The ex boyfriend is played by Emile Hirsch! Hunter Parrish is also in the cast!