STARZ' 'OUTLANDER'
WHAT IF YOUR FUTURE ... WAS 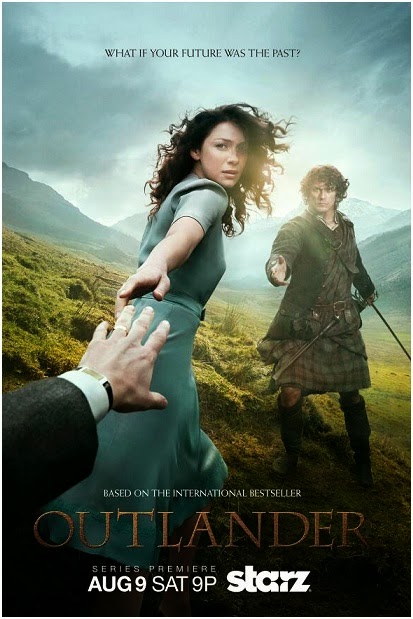 THE PAST?
We're having SUMMER 2014 NEW TV SHOWS weekend at HOLLYWOOD SPY, first part today with family shows, and on Sunday comes the second part. We shall start the first part today with Starz' biggest project this summer - historical adventure series OUTLANDER which will start airing August 9th! Based on the bestselling novels by Diana Gabaldon the 16 episode series will star Caitriona Balfe, Sam Heughan, Tobias Menzies, Graham McTavish and Lotte Verbeek! OUTLANDER follows the story of Claire Randall, a married combat nurse from 1945 who is mysteriously

swept back in time to 1743, where she is immediately thrown into an unknown world where her life is threatened. When she is forced to marry Jamie Fraser, a chivalrous and romantic young Scottish warrior, a passionate relationship is ignited that tears Claire's heart between two vastly different men in two irreconcilable lives. 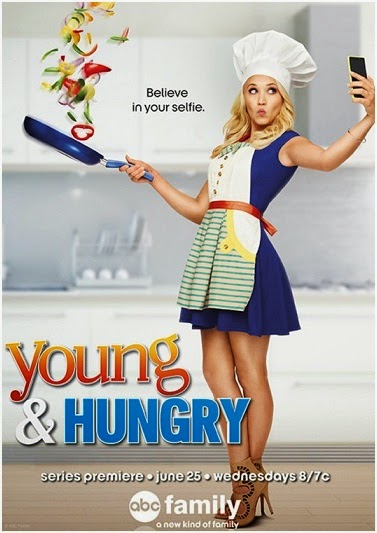 BELIEVE IN YOUR SELFIE!
Another new show that might interest female audience will be new ABC Family sitcom YOUNG & HUNGRY starring Emily Osment, Rex Lee, Jonathan Sadowski and Kym Whitley. Two worlds collide when Josh, a wealthy young tech entrepreneur, meets Gabi, a feisty young food blogger, looking to be his personal chef. When Josh enlists Gabi to prepare a romantic meal for him and his girlfriend, the dinner goes awry and Gabi finds herself in a very awkward position. 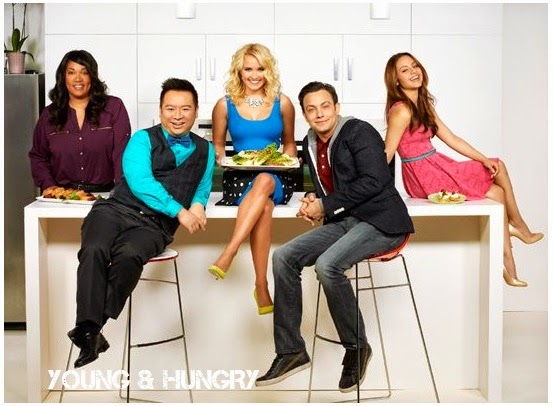 With the help of her best friend Sofia and Josh's housekeeper, Gabi turns a difficult situation into an opportunity for employment and maybe even love. The hunger starts June 25th! 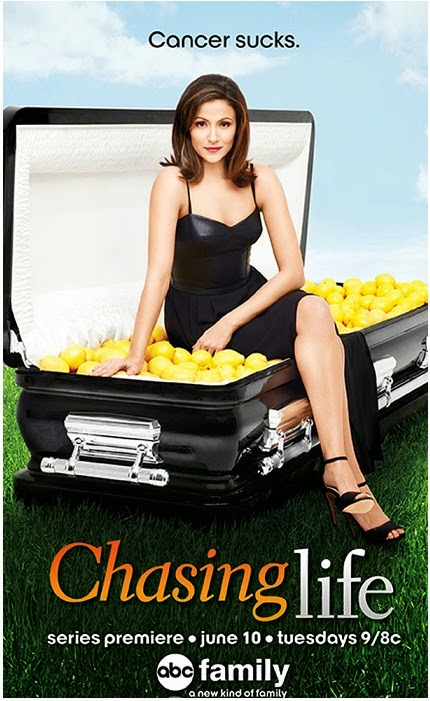 INSPIRING SHOW ON CANCER!
Also premièring at ABC Family, on June 10th, is another new drama CHASING LIFE which will star Italia Ricci, Richard Brancatisano and Haley Ramm. The story of the inspiring new drama series follows April, a smart and quick witted aspiring journalist who is trying to work her way up the ladder at a Boston newspaper by trying to impress her hard-nosed editor. When not pursuing the latest scoop, April tries to balance her ambitious career with her family. Just as things start to look up at work, home and on the romance front, 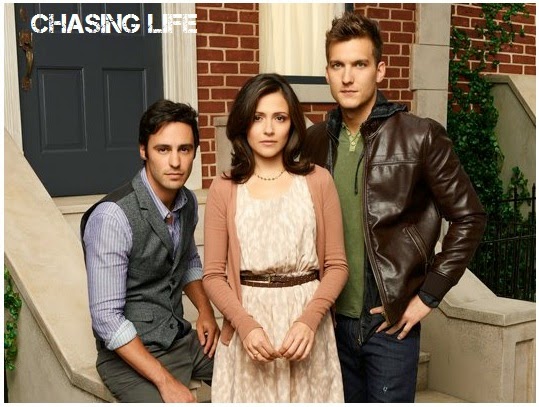 April gets the devastating news from an estranged uncle that she has cancer. The show's first season order has 20 episodes!
Posted by DEZMOND at 2:00 PM