DRAMA ON QUEEN ELIZABETH II AT NETFLIX
It's a rather poor day in showbiz today, people, so we shall pop over to Britain to see what is going on over there these days. We'll start from the British throne of course, since Netflix has announced their work on $100 million expensive THE CROWN television series which would depict the rule of Queen Elizabeth II! Focusing on the British political landscape in last 60 years the show will chronicle the Queen's reign from her ascent to the throne at the age of 26, right through to the present day.The 2016 series will be written by Peter Morgan who already wrote THE QUEEN movie with Helen Mirren!

BBC'S 'THE REFUGEES' SF SHOW
TO BE TOPLINED BY NATALIA TENA
Meanwhile, BBC Worldwide will join forces with Atresmedia to make THE REFUGEES sf TV series with GAME OF THRONES' and HARRY PLOPPER's Natalia Tena leading the cast. To be produced by Spanish producers, but in English language, the show will explore the impact on a small rural community after millions of refugees from the future travel back in time to seek shelter in the present day. The show will air in Autumn in Spain and will then be distributed worldwide by BBC! 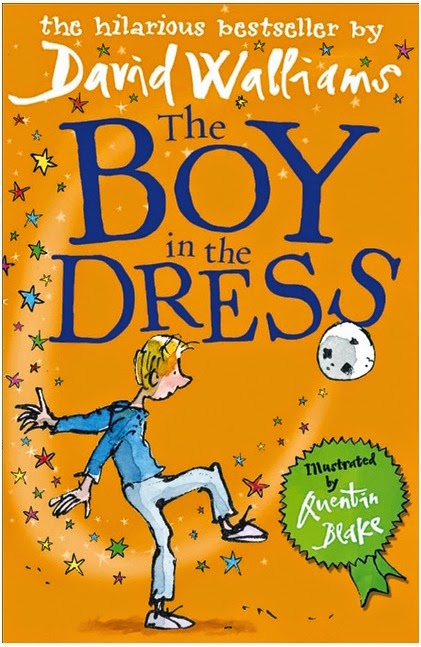 And also coming over from UK is the news that famous comedian and writer David Walliams will have another of his books for children adapted for the small screens by BBC! After MR STINK and GANGSTA GRANNY which drew much love from the audience last winter, his book BOY IN THE DRESS will be turned into a one hour TV movie as well!  To air this Christmas it follows a 12-year-old boy who enjoys cross-dressing, and how his family and friends react to it. It is a very touching, hilarious and poignant story of why being different is something to celebrate.
Posted by DEZMOND at 2:30 PM