MILLION WAYS TO DIE IN WEST
CHARLIZE THERON & SETH MACFARLANE IN THE FIRST IMAGE
Your main photo treat for today is the first image from this year's comedy western A MILLION WAYS TO DIE IN THE WEST which will ride into cinemas this May. Charlize Theron, Amanda Seyfried, Neal Patrick Harris and Seth Macfarlane are seen in the first picture from the film in which Macfarlane plays a sheep 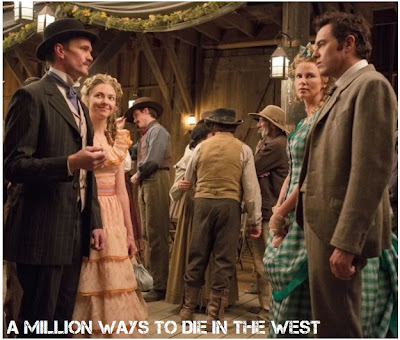 farmer whose lover leaves him due to his cowardice. His fortunes begin to look up when a beautiful and mysterious woman arrives in town, but her outlaw husband isn't far behind. Liam Neeson and Giovanni Ribisi also star!


GENERATION WAR
WW2 HISTORICAL SERIES
And something that you over in USA will be able to watch from January 15th in NY cinemas is German war mini series done in the vein of BAND OF BROTHERS. Titled 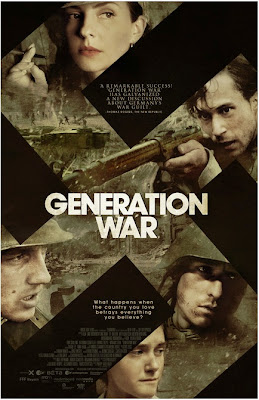 GENERATION WAR the block- buster miniseries vividly depicts the lives of five young German friends forced to navigate the unconscionable moral compromises of life under Hitler. Level-headed, highly decorated officer Wilhelm (Volker Bruch) goes off to the eastern front with his sensitive younger brother Friedhelm (Tom Schilling). Deeply in love with Wilhelm is Charlotte (Miriam Stein), a young nurse who looks forward to serving in the Red Cross. Greta (Katherina Schüttler) is a talented singer who longs to become another Marlene Dietrich, while her Jewish boyfriend Viktor (Ludwig Trepte) fights for his 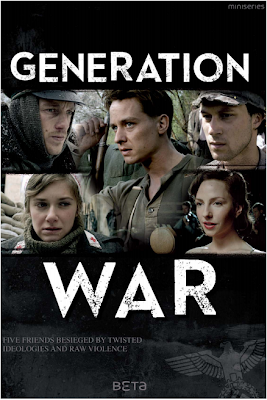 life while hiding among members of the Polish Resistance!


DID YOU KNOW?
The mini series was a huge success last spring in Germany and will be also aired on BBC 2 in UK later this year as the first foreign language series to be broadcast there in more than ten years. GENERATION WAR will be released in USA this month in limited cinemas before it hits DVD market. The series have caused controversy in some countries where some critics have suggested that the TV series is providing excuses justifying German populace participation in the war. Others believe that the series tried to show how Germans were lured into Hitler's war in what was Germany's darkest era!