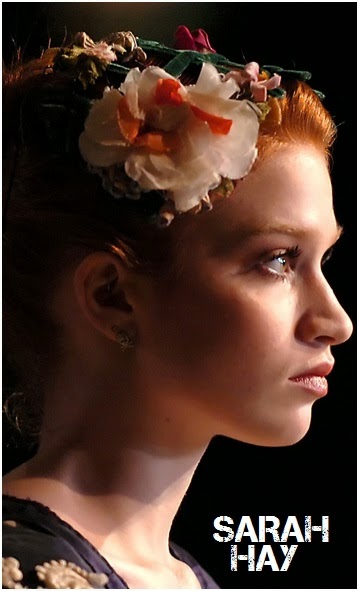 set in the world of ballet. Professional dancer Sarah Hay (BLACK SWAN) will take the lead role of a young ballet dancer, Claire, who has a distinctly troubled past, as she joins a prestigious ballet arabesque photo company in New York. The dark and gritty series will unflinchingly explore the dysfunction and glamour of the ballet world. Accomplished dancers will be seen in supporting roles as well: former American Ballet Theatre principal dancer Irina Dvorovenko, current American Ballet Theatre soloist Sascha Radetsky, Ballet Arizona company dancer Raychel Diane Weiner, and Emily Tyra. The production team will also include world's leading choreographers and composers.

In today's TV news Mira Sorvino has joined James Frain, John Simm in new BBC America series INTRUDERS, which, based on Michael Marshall Smith's novel, will follow a secret society that chases immortality by taking over the bodies of other humans. It will centre on an ex-cop Jack Whalen (Simm) living a quiet life with his wife Amy (Sorvino), who suddenly disappears. The trauma leads Jack to start an investigation that forces him to confront his past.
SHARON STONE IS US VICE PRESIDENT IN 'AGENT X' TNT SERIES
Another movie blonde, Sharon Stone, will take the lead role in TNT new drama AGENT X  a America’s first female Vice President, Maccabee, a woman with brains, beauty, and a cool composure that belies a restless mind. After the death of her husband, a Senate candidate, Natalie opted to run in his place, and after a rapid political rise, she now finds herself the newly elected Vice President of the United States. Initially apprehensive that her job will be ceremonial in nature, she soon learns that it comes with a top secret duty: protecting the Constitution in times of great crisis with the aid of her Chief Steward and a secret operative designated “Agent X.”


A LONG WAY DOWN TRAILER
TONI COLLETTE, PIERCE BROSNAN, AARON PAUL, SAM NEILL, IMOGEN POOTS
We've been waiting for quite a long time to get the first trailer for truly beautiful, inspiring and intriguing drama A LONG WAY DOWN 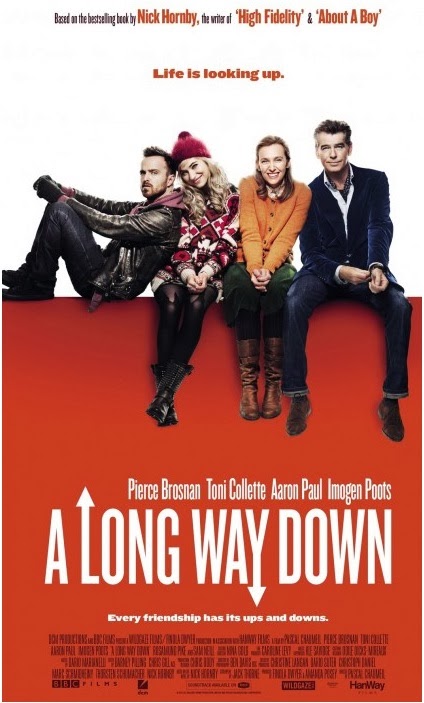 and now it is finally here! Rather stellar cast, including Toni Collette, Pierce Brosnan, Aaron Paul and Imogen Poots, plays four different people who unexpectedly meet  at New Year's Eve on top of a London skyscraper where they all wanted to commit a suicide. Based on a Nick Hornby's novel the film revolves on the chance encounter where the four - a disgraced chat show host, a single mother, a failed musician and a troubled teenager respectively - foil each other's attempts to commit suicide in solitude. After making a pact to postpone their suicides until Valentine's Day, they begin to form a surrogate family! Sam Neill and Rosamund Pike also star in the film which opens up in cinemas this March.
Posted by DEZMOND at 6:30 PM