PAUL WALKER IN "SKYSCRAPER"! ANNETTE BENING & ROBIN WILLIAMS IN "THE LOOK OF LOVE"! JAVIER BARDEM OR BRAD PITT IN RIDLEY SCOTT'S "THE COUNSELOR"? EMMA THOMPSON IS THE QUEEN IN "WALKING THE DOGS"! NEW "GAME OF THRONES" TRAILER

One of the news I forgot to mention last week is that Hollywood charmer Paul Walker will star in SKYSCRAPER, in which the story follows a rich estate 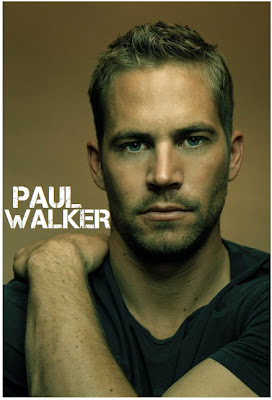 developer who wants to build the biggest building in Chicago, but when his skyscraper starts to fall down, Paul Walker appears with his building crew to save the city from devastation in the last minute. Another flick with interesting script is THE LOOK OF LOVE in which Annette Bening will play a woman who falls for a man (to be played by Ed Harris) who is unusually similar to her late husband. It is interesting that beloved comedian Robin Williams will also have a role in this movie. Bening's role was previously meant for Diane Keaton.

HOLLYWOOD SPY HEADLINES
As "DailyMail" reports, the latest addition to the cast of Ralph Fiennes THE INVISIBLE WOMAN is British star Tom Hollander (ENIGMA, GOSSFORD PARK, PIRATES OF THE CARIBBEAN) who 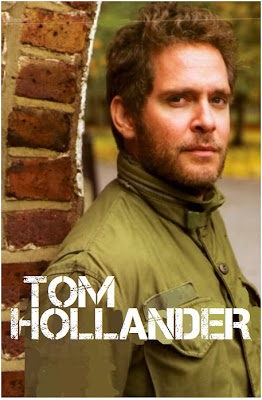 will portray novelist Wilkie Collins in the film about Charles Dickens’s affair with under-aged Nelly Ternan. Beside directing, Ralph Fiennes also takes the lead role of Dickens, Felicity Jones will play Nelly, and Kristin Scott Thomas is Dickens’s wife, Catherine. You remember that last week I informed you that Michael Fassbender has taken the lead role in Ridley Scott's THE COUNSELOR as a respected lawyer who thinks he can dip a toe in to the drug business without getting sucked down. It is a bad decision and he tries his best to survive it and get out of a desperate situation. "Deadline" now reports that Javier Bardem, Jeremy Renner and even Brad Pitt are in the run for the villain role in the film.
I have no trailers for you today, but I do have some movie pictures: you can check out the first photos of Emma Thompson as Queen Elizabeth II in WALKING THE DOGS, a British TV drama which will air later this year and will depict the unusual episode at the British 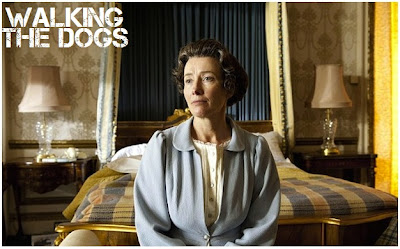 court when a man called Michael Fagan broke into the palace undetected and spent around ten minutes talking to the Queen in her bedroom before help arrived. Eddie Marsan (WAR HORSE, THE DISAPPEARANCE OF ALICE CREED) is playing Michael Fagan while 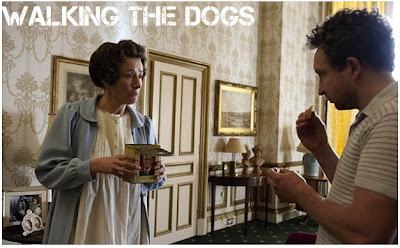 UPDATE- I did find a brand new trailer for GAME OF THRONES, so check it out bellow. It's the 5th one, announcing the second season of HBO's show and it gives a glimpse of the baby dragon!
Posted by DEZMOND at 12:02 AM