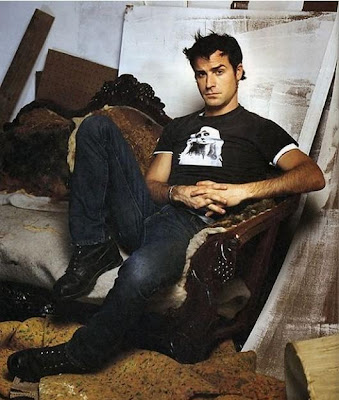 Medieval comedy "Your Highness" is really filling up its starlicious cast. The latest addition is charismatic Justin Theroux who will play the villain.
The film follows a lazy prince (Danny McBride) who must save his father's kingdom with the help of his much more heroic brother (James Franco). Natalie Portman appears as a warrior princess who will seduce McBride, while Zooey Deschanel plays Belladonna, Franco's virgin bride who get's kidnaped by Justin's character Leezar - an evil wizard with a magical staff.
The story is quite similar to the famous "Princess Bride" which wasn't very successful back in the 90's when it was made but it became a kind of a cult later on.
This might end up being a cute film after all.
Posted by DEZMOND at 9:04 PM