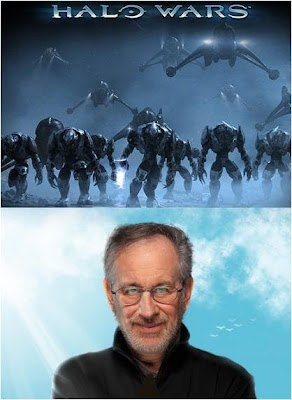 It seems that Steven Spielberg will get his hands on super popular game "Halo's" movie adaptation instead of Peter Jackson. Spielberg is apparently amazed with the script written by Stuart Beattie (who has worked on "Australia", "GI Joe" and "Pirates of the Caribbean").
It is all a story of a navy captain and his marines who crash on an artificial ring-world called Halo. Here they must find out what the Covenant, the genocidal alien race they are at war with, are doing on the ring. But off course, Halo doesn't hide just their enemies, there are many other spectacular secrets to be discovered there.
Posted by DEZMOND at 9:21 PM