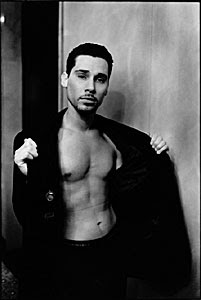 According to HitFix.com Universal Pictures is about to sign a deal with mega successful director Bryan Singer to produce and possibly direct the movie version of "Battlestar Galactica" .
Apparently there is no screenplay yet since they want to sign him first and then start a search for a writer.
According to some stories, Singer was developing a TV series based on the original sf show back in 2001, but it wasn't realized because of the 9/11.
Posted by DEZMOND at 8:58 PM