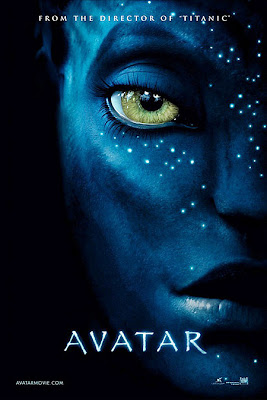 20th Century Fox has finally revealed the official poster for James Cameron's "Avatar". It's nice, but we've already seen this pic on the promotional boards at the ComicCon. This is Zoe Saldana's face as she plays Navi.
With almost no marketing, just four months before the release, it seems they are counting on the fame and glory of Cameron's "Titanic" to attract the audience.
Apparently, the trailer will be released at the end of August.
Posted by DEZMOND at 9:39 PM