ROMAN EPIC "THE EAGLE OF THE NINTH" STARTS FILMING 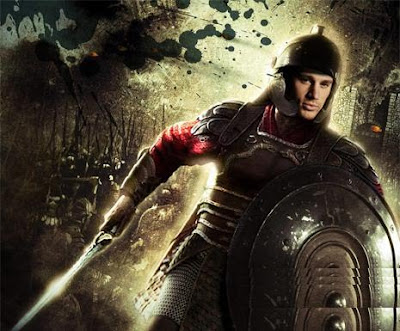 The future Roman epic "The Eagle of the Ninth" has officially begun filming today in Hungary. Directed by Kevin MacDonald and starring Channing Tatum, Jamie Bell and Donald Sutherland it describes the strange disappearance of the glorious 9th legion in the mountains of Scotland. Young centurion (Tatum) is sent from Rome to inspect the mystery and restore the reputation of his father, the commander of the Ninth. With the help of his British slave (Bell) he crosses the Hadrian's Wall and goes into the dark highlands of Caledonia to confront it's savage tribes and retrieve the golden eagle of the Ninth, the lost emblem of the missing legion.
Posted by DEZMOND at 10:10 PM